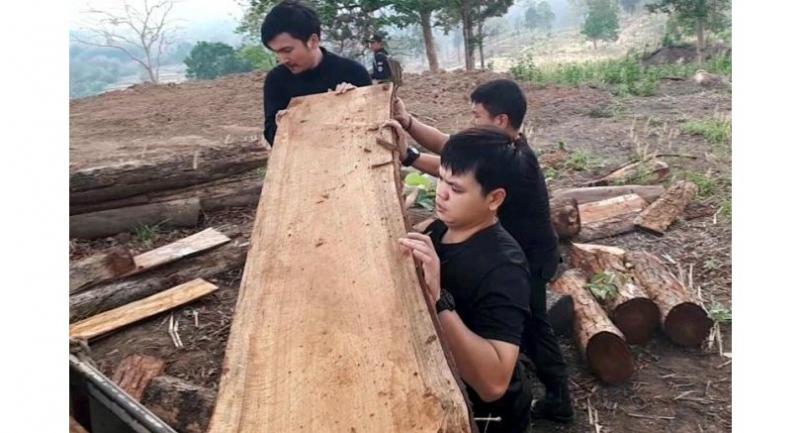 Authorities seized a large amount of hardwood logs from a shack built in a forest conservation area in Loei’s Dan Sai district during an inspection on Tuesday and Wednesday, said Colonel Pongphetch Ketsupa of the Internal Security Operations Command’s Loei branch on Thursday.

The logs were seized along with two chainsaws and a shotgun, all of which were sent to Dan Sai police as part of the investigation, while a search continued for the shack’s occupant, identified only as “Wanna” or “Ruay”. The shack, located in a forest behind Ban Nam Phung (Moo 3) in Tambon Pong, was not occupied at the time of the raid.

The operation was carried out following an investigation by the Ministry of Natural Resources and Environment’s Forest Protecting Operation Centre that found an unnamed investor had encroached on forestland within Phu Pueai, Phu Khithao and Phu Rua forests reserves to engage in illegal logging, he said.

Raids on illegal logging operations in the past have occasionally resulting in gunfights between loggers and authorities.