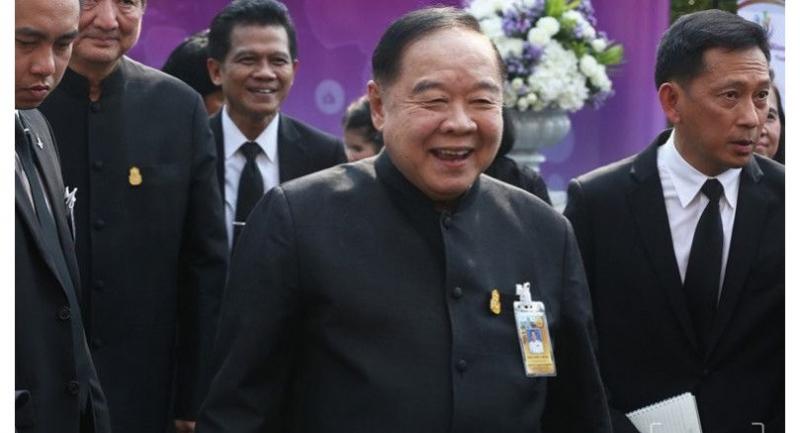 Deputy PM General Prawit Wongsuwan said on Thursday that he has not yet done anything wrong in regard to his possession of the luxury watches.

The deputy PM was responding to the growing call for him to resign over the ongoing watch scandal, which began with a Cabinet group photo last December in which he was spotted wearing an expensive watch and a diamond ring. It was later learned that the items had not been reported to the National Anti-Corruption Commission, as required by the law.

Photos were compiled on social media and widely shared showing Prawit wearing more watches, up to 25, on various occasions.

Prawit said the issue needs to wait for the NACC’s ruling. He has clarified the issue following the legal procedures required, he added.

Ticha on January 31 started a campaign on Change.org which has garnered over 80,000 petitioners calling on Prawit to resign.

Ticha said that even though Prawit had last week submitted to the NACC a fourth written explanation about the origin of the watches, it remained unclear whether the agency would summon him for a meeting or take any other action.

“Society is suspicious about the NACC’s action in this case,” she said.

She also questioned why the NACC has not disclosed any detail about the case. People want to know how Prawit obtained the watches and why he was repeatedly allowed to fend off NACC calls for clarification, she said.

On Tuesday, the NACC panel in charge of the matter said it would submit its preliminary findings to the NACC board next week.

NACC secretary-general Worawit Sukboon said yesterday the panel had received a 38-page letter detailing the origins of the 25 expensive watches that Prawit has been seen wearing on various occasions.

The deputy PM has never declared any of them as personal financial assets, as required by law.