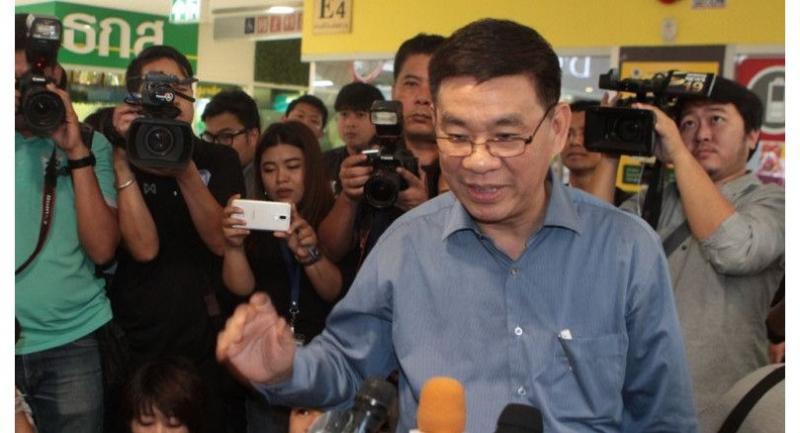 Sacked election commissioner Somchai Srisutthiyakorn on Friday posted on his Facebook page calling on Prime Minister General Prayut Chan-o-cha to examine the legal validity of advice from his legal affairs office in regard to the controversial election date, and if it was found that the PM had been wrong about the issue, he should “return justice to him”.

Somchai insisted that it was the Election Commission (EC) which had the authority to determine the general election date, and that he had been right to say so.

If that were the case, the premier should also offer him a government legal-adviser post and dismiss his legal affairs office instead, he said.

Prayut on Tuesday dismissed Somchai via his special Article 44 powers, citing that the move had been at the request of a state agency.

The PM said the agency, related to legal affairs, had made the request because staff had felt that Somchai had caused “considerable confusion” about the date for a general election.

In the Facebook post, headlined “The PM’s misunderstanding”, Somchai went on to quote clauses in the Constitution.

Under Articles 102 and 103, it is clear that the EC would determine the election date, while the government would issue a decree paving the way for an election, he stated.

This, he added, was to ensure that a check and balance was in place and empowered the EC to be truly independent.

Article 104 of the charter also gives the EC power to postpone the election date if it were deemed necessary, he said.

This new provision addresses a problem akin to the situation faced in 2014 when the government of the day was allowed to join the EC in determining the election date, but it then turned out that the government stood firm on its plan to hold the national poll, which was later declared void, Somchai pointed out.

The exercise of power to dismiss a member of an independent organisations like him, Somchai said, would prompt other independent-organisation members to restrain themselves for fear that they would also face the same fate.

He also insisted in his Facebook post that his views over the election date were in line with other legislators, including Constitution Drafting Commission chairman Meechai Ruchupan.

Somchai insisted that he had not crossed the government’s line.

Deputy PM Prawit Wongsuwan, meanwhile, refused on Friday to comment about Somchai’s latest remarks when asked by reporters for his reaction.