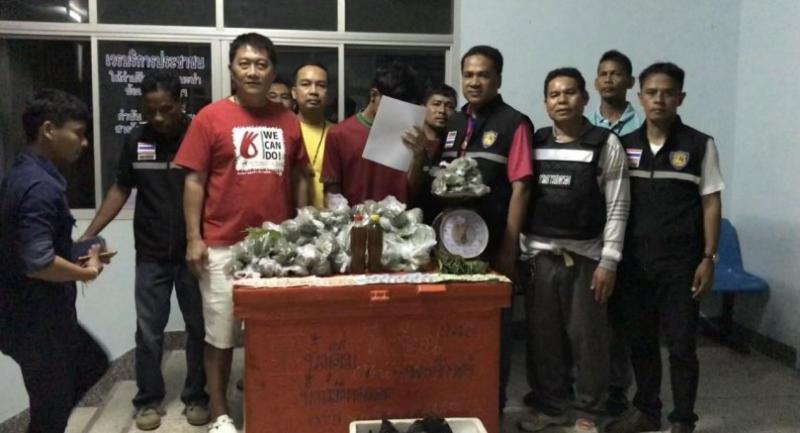 A man was arrested on Sunday for allegedly selling kratom drink, which is considered a type of illicit drug, in Krabi province.

Suriya Petchseng was caught with four kilos of kratom (Mitragyna speciosa) and several bags and bottles of kratom drinks in his possession.

The 25-year-old suspect has confessed to selling each bag for Bt50 and each bottle for Bt100.

Several young people in Krabi have reportedly become addicted to kratom, as sellers have made it more convenient to consume the drug.