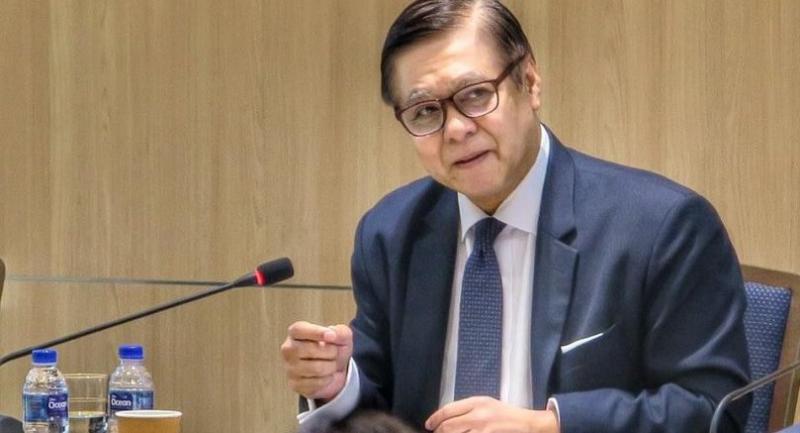 THAILAND will sign a memorandum of understanding (MoU) with the Organisation for Economic Cooperation and Development (OECD) next month to kick off a national programme with the aim of supporting a reform agenda that meets international standards.

Thailand has been the co-chair with South Korea of the OECD’s Southeast Asia Regional Programme (SEARP) since a ministerial meeting in Tokyo on March 8. Deputy Foreign Minister Virasakdi Futrakul, who brought Thailand close to the organisation when he served as the ambassador to Paris between 2004 and 2006, attended the meeting.

The position, which has a three-year-term, aims to bring the “rich men’s club” to Southeast Asia under the banner of “Inclusive Asean”, said the Thai Ambassador to Paris Sihasak Phuangketkeow.

Founded in 1961, the Paris-based intergovernmental economic organisation now has 35 members, but Asian countries are underrepresented in the group with only Japan and South Korea having joined.

Thailand wanted to join the OECD under the government of Thaksin Shinawatra, but projects and |engagements with the organisation have declined since the 2006 military coup. Political difficulties since then have kept Thailand away from the organisation, which prefers to associate with “like-minded” countries that prioritise democracy and human rights.

The relationship of Thailand and Asean nations with the OECD has slowly improved over the past four years after Japan’s Prime Minister Shinzo Abe launched the SEARP in 2014 to broaden the international role of Japan and focus on regional integration.

While the axis of global economic development has shifted to the region, no Asean members are members of the OECD. Angel Gurria, secretary-general of the OECD, has advocated for the organisation to work with the fast-growing countries in the region.

As Thailand undertakes reform, it would be timely for the world’s largest think-tank to put its resources to work to advance its reform agenda internationally, said Sihasak.

“Of course, democracy and human rights matter for them, but we make clear that we prioritise stability and our reform agenda indeed leads to democracy,” he said. “Democracy is the way to go but we need time and space for evolving to reach the goal.”

The OECD’s programme was not about money, but rather about policy and implementing a system that built confidence for investment and economic development, he said.

The unique role of the organisation was its “standard-setting” platform to promote international harmonisation and coordination, Sihasak said.

The MoU between Thailand and the OECD is a comprehensive programme with four pillars – public sector reform advancing good governance, investment and competitiveness, Thailand 4.0 and economic growth. There are 16 projects under each pillar for the country to push forward reforms, he said.

Prior to the signing of the MoU, the OECD had studied the government’s 20-year plan, national development strategy, Thailand 4.0 scheme and Eastern Economic Corridor (EEC) to propose platforms and plans consistent to the Thai context, he said.

“We have to insist that ownership would be with Thailand, so they have sent a delegation to consult with the government to help with study and analyses, as well as make policy recommendations,” Sihasak said. “They don’t have a development model for us to comply with.”

Asked if the latest engagement with the OECD would pave the way for the country to apply for membership in the organisation, Sihasak said: “We won’t rush to membership. At this stage, we want to have internationally recognised reform.”