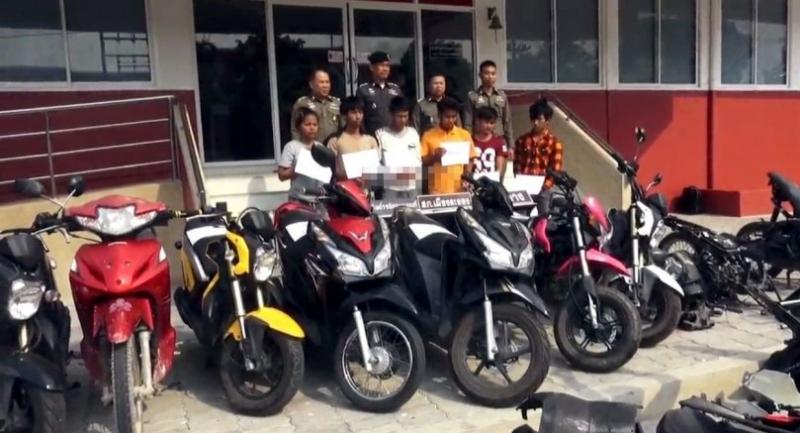 Police in Rayong have charged a Cambodian couple with stealing 15 motorcycles and four other Cambodian men with buying the bikes knowing they were loot.

The couple, identified only as Hanyi, 30, and his wife, Niang, 22, were arrested on Friday night and ended up facing the press at Muang Rayong police station on Monday morning.

No names were given for the four men charged with receiving stolen goods. The bikes had been stripped down for parts.

Pol Col Wichian Yuntarat, deputy commander in Muang Rayong, said Hanyi and Niang had been caught on security camera stealing a motorcycle in front of Bangkok-Rayong Hospital Friday evening and attempted to evade arrest outside their rented bungalow in Tambon Choeng None, where two bikes were found along with parts of another.

The couple said they’d worked in construction in Pattaya but moved to Rayong after their contract was not renewed and began stealing motorcycles.

They said they sold the bikes to their four compatriots for Bt4,000 to Bt8,000 each. The parts were to be smuggled across the border.