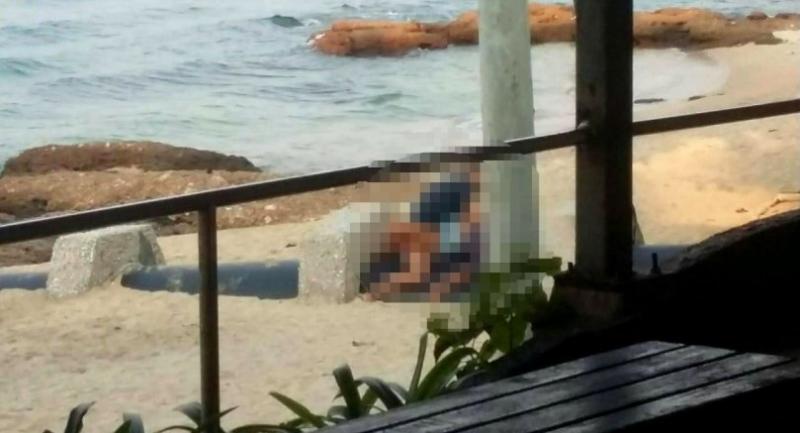 Two Russians, who were caught on video having sex on a beach in South Pattaya two weeks ago, have left the Kingdom and will be blacklisted, the Pattaya police chief said.

But police also will summon the person who shot the video and posted it on Facebook for violating the Computer Crime Act, Pol Colonel Apichai Krobphet, commander of Pattaya Police Station, said on Tuesday.

The video clip showed the two tourists having sex on an abandoned water pipe on Yinyom Beach in South Pattaya on March 11 morning.

Apichai said police had checked footage from security cameras on the beach behind Cetus Parc Hotel on Pattaya Soi 12.

He said hotel staff had confirmed that both had checked out. The woman left the country from the U-tapao International Airport at 2pm on March 11 while the man left from Suvarnabhumi Airport at 8.18am on March 13.

He said the two have been blacklisted and would be arrested if they returned to the Kingdom.

Apichai said police know the person who had posted the clip but they wanted the person to report himself at Pattaya Police Station soon or an arrest warrant would be issued.

Apichai advised people who encountered any indecent incident to alert police instead of taking a video clip and posting it on social networks.