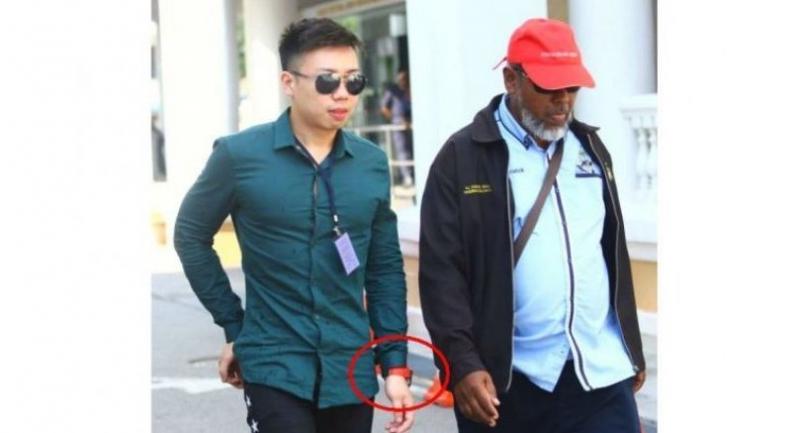 The 25-year-old Royal Melbourne Institute of Technology accounting graduate showed his watch to The Star on Tuesday (March 27), which turned out to be a "T-Race" model from Swiss manufacturers Tissot.

A check showed that the watch can be purchased online in Malaysia at a discounted price of RM1,880.

The design and faces of both watches were completely different, with the only similarity being a red wrist strap.

"That is not my watch. How I wish I can have that kind of watch," he said when met outside the Penang High Court on Tuesday for his father's corruption trial.

Clad in a green shirt and wearing sunglasses, Clint arrived in the morning and left the courthouse during proceedings to have a drink at a nearby cafe.