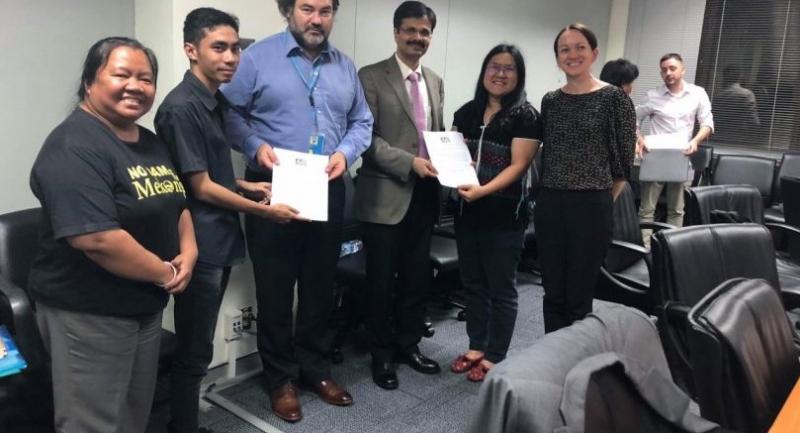 Visit by UN group coincides with demands for new regulation of abuses in foreign nations.

THE GOVERNMENT has been urged to create a legal mechanism to assure human-rights protections associated with Thailand’s outbound investment on the occasion of the United Nations Working Group on Business and Human Rights official visit to the country.

The UN group is paying is first official visit to Thailand in response to a government invitation.

During the visit, which will last until April 4, the UN group will inspect government and businesses’ implementation of human-rights obligations and responsibilities in line with the United Nations Guiding Principles on Business and Human Rights (UNGPs). Prime Minister General Prayut Chan-o-cha announced the government’s commitment to endorse and implement the UNGPs last year.

Although businesses operating in the country are regulated to ensure investors’ accountability on human-rights and environmental protections, Thai ETO-Watch stated there were not similar mechanisms to regulate outbound investment, so people in destination countries were vulnerable to negative environmental and social impacts.

The group stated at least eight large investment projects involving Thai investors had been found to have caused adverse impacts to local citizens and violated people’s rights, including at sugarcane plantations in Cambodia, a coal-fired power plant in Laos and a tin mine in Myanmar.

Thai ETO-Watch demanded the government establish an official channel to receive complaints about overseas Thai investments, legislate to force investors to respect UNGPs and be responsible for rights violations, and set up a legal mechanism to ensure corporate social responsibility and prevent lawsuits.

The group added that investors had a duty to operate their businesses transparently, be responsible for impacts of their investments, and allow public participation to solve problems and provide proper remedies for people who affected by their projects.

“We call for Thai investors to conduct due diligence and to comply with the UNGPs and other international human-rights best practices and standards,” the statement said.

Meanwhile, the UN group was meeting with authorities, businesses and civil-society organisations on the implementation of the UNGPs in Bangkok, Chiang Mai, Khon Kaen and Samut Sakhon during its visit. The group will issue a report on its findings and provide recommendations about the situation of business and human-rights protections in Thailand after the visit.