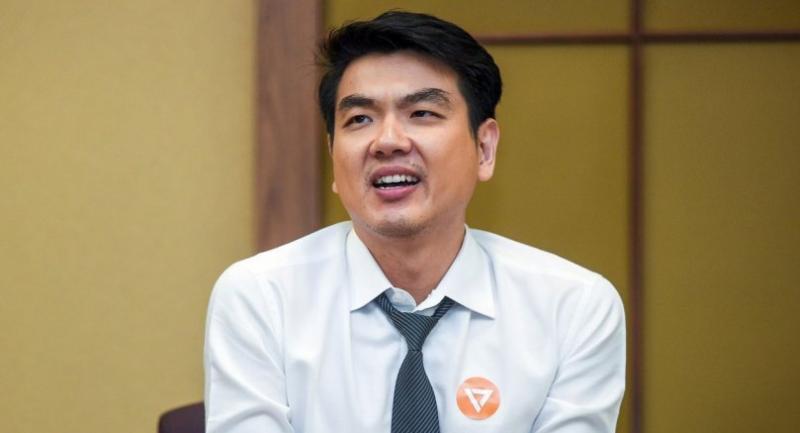 PIYABUTR Saengkanokkul, a key co-founder of the Future Forward Party, yesterday attempted to distance the prominent new political party from his previous push for amendments to the lese majeste law.

The young law lecturer said his involvement in a campaign by a group of academics and citizens reflected his personal views and had nothing to do with the party.

Piyabutr, a lecturer at Thammasat University, is part of the Nitirat group of academics that has strongly campaigned against the lese majeste law, which they view as draconian and a political tool used by people in power to weaken political enemies.

He was responding to a petition filed with the Election Commission on Monday seeking a decision as to whether Future Forward’s application to be registered as a new political party should be rejected.

The man who filed the petition, Sonthiya Sawatdee, heads a group called the People’s Federation for Scrutiny of the Thai State. He claimed Future Forward’s policy statement also proposed to seek amendments to the lese majeste law.

“According to the Political Parties Act, party policies must not threaten to cause social division. I would like the political party registrar to decide as to whether the Future Forward Party’s application goes against the law,” he said.

The young academic promised that he would not attempt to push for amendments to the lese majeste law within the party, in order to avoid “people who do not want Thailand to transform into a democracy” from preventing the birth of Future Forward by advancing their own “propaganda”.

He said such a practice was part of negative old politics in which people with different views were regarded as enemies who needed to be politically destroyed.

“We should help to stop such unconstructive politics,” he added.

Piyabutr also urged people with “extreme conservatism” to be open-minded and listen to what the Future Forward co-founders had to say.

He added that he was ready for a constructive public debate with conservatives.

He also called on the Election Commission to allow the birth of Future Forward for “the return of a strong and constructive democracy”.

Piyabutr said even if conservatives eventually blocked the birth of Future Forward, there would be renewed attempts to set up similar parties in the future and people would never be able to prevent all of them from being born.

“Please don’t try to obstruct Future Forward. You are not only hindering my friends and I. What you are doing is destroying the hopes of people who dream of a new future,” he said.