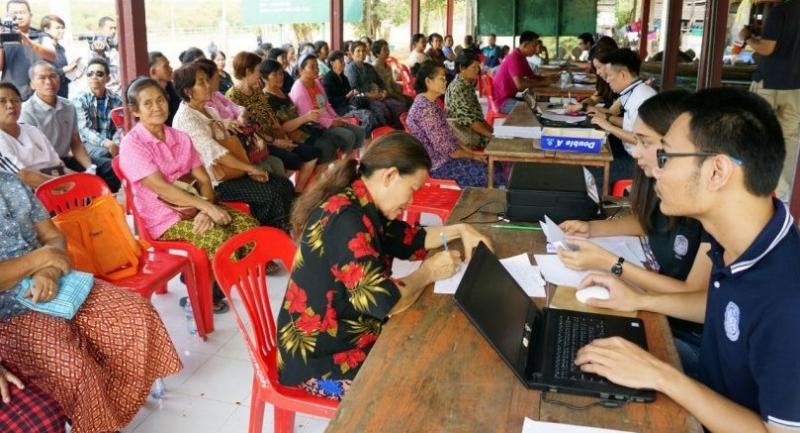 Chiefs of welfare centres to be transferred amid signs of tampering with evidence.

THE OFFICE of Public Sector Anti-Corruption Commission (PACC) has set up subcommittees to investigate 94 officials for their roles in the alleged embezzlement of state funds designated for the destitute, self-development centre, and the San Kamphaeng Cooperative.

“We have also asked the Social Development and Human Security Ministry to transfer the chiefs of protection centres for the destitute in Trang, Chaiyaphum and Buri Ram, as we have found that they tried to tamper with evidence,” PACC board member Pol General Jarumporn Suramanee said yesterday.

He said his agency had also told the Education Ministry that a school director based in Nakhon Phanom province should be transferred, as he had apparently tried to cover up alleged corruption at the protection centre for the destitute in that province.

“Our moves are in line with the Cabinet’s just-approved guidelines on how to deal with corruption cases,” Jarumporn said.

PACC has been investigating all 76 protection centres for the destitute in the country after a university-student intern at the Khon Kaen centre detected irregularities and alerted authorities. In the last fiscal year, the centres received Bt107 million from the state budget.

The ongoing PACC probe has already found evidence of wrongdoing at 53 centres and the other 23 centres are under investigation for corruption.

Jarumporn said the ongoing project had detected a distinct pattern of wrongdoing that could be considered almost a guideline for how local officials at various centres could embezzle from the fund.

Asked about the alleged corruption in the Education Ministry’s Educational Fund for Life Development, Prajin said the investigation would proceed quickly because the guidelines required that a preliminary probe conclude within 30 days.

A senior education official, Rojana Sintee, has said she acted alone in stealing more than Bt100 million from the fund over the past decade. She was dismissed from service even before the Cabinet approved the strict anti-graft guidelines on Tuesday.

“The investigation is still ongoing to determine who else is involved,” Prajin said.

He said everyone engaged in grave offences must be dismissed.

“If there is grounds for charges of criminal wrongdoing, they will also face criminal proceedings,” Prajin added.