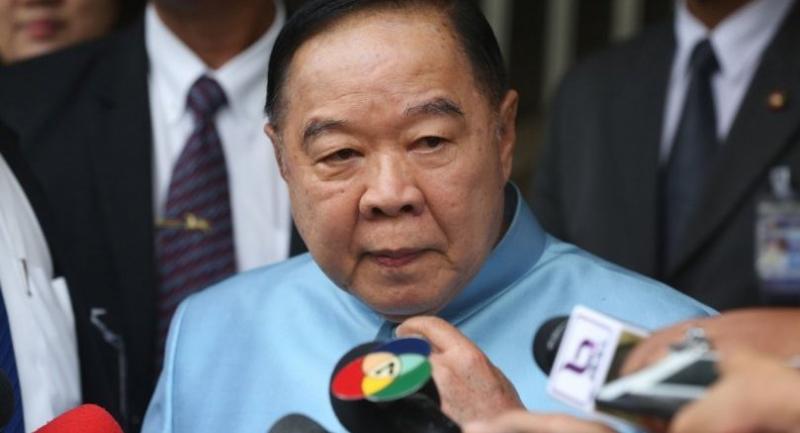 THE National Anti-Corruption Commission (NACC) continued to drag its feet in the case over Deputy Prime Minister Prawit Wongsuwan’s collection of luxury watches, showing no significant progress in the case yesterday.

The anti-graft body instead asked investigators to find out who was the real owner of all the watches, NACC secretary-general Worawit Sukboon told a press briefing.

Prawit had reported to the agency that the whole collection of more than 20 watches he had been spotted wearing on different occasions belonged to only one individual – his deceased, long-time, billionaire friend – the official said.

The photos of Prawit wearing the luxury watches exposed online suggested he had at least 25 different pieces. But the official yesterday corrected the number to 22, saying three photos featured the same watch.

He said two more individuals would be interrogated and 10 watch companies had been asked to respond to the agency’s questions. He declined to reveal the identity of the two individuals.

Four individuals had previously been interrogated by the NACC.

Before that, the NACC had submitted questions to 13 watch companies, he added, but only three had responded to questions.

It was unclear how long the investigation would take, Worawit said, adding that there was not much left to investigate but it was largely up to when the watch companies would respond.

Only after that, could the case be presented to the anti-graft commission, he said.

Worawit yesterday did not respond to a query on whether Prawit could have violated the law by receiving gifts worth more than Bt3,000, going by his claim that he had been given the luxury wristwatches by his friend.

The scandal of Prawit’s luxury-watch collection and diamond rings erupted in early December and the NACC has been investigating the case for more than three months.

Prawit was spotted wearing a Richard Mille, estimated to cost at least Bt2 million, and a large diamond ring. Questions arose as to how he had obtained such expensive items and if he had declared them to the NACC when he joined the post-coup government in 2014.

The scandal led to an investigation by the NACC to find out if Prawit had concealed his assets.

Prawit had been asked to clarify on four occasions how he had obtained the items after new photographs of him wearing expensive wristwatches kept emerging.

The total value of the watches |is estimated at more than Bt20 million.

Prawit, meanwhile, continues in office as both the defence minister and deputy prime minister, unfazed by the strong public censure.

Regarding the diamond ring, Worawit said yesterday Prawit had reported he had inherited it from his parents.

Meanwhile, Pol General Watcharapol Prasarnratchakit has withdrawn from the commission and would not be involved in any decision regarding the case, the secretary-general said.

Watcharapol was Prawit’s secretary in 2014 when the coup-installed government was formed.

His withdrawal came in response to public concern that he could influence the commission’s decision in the Prawit case.