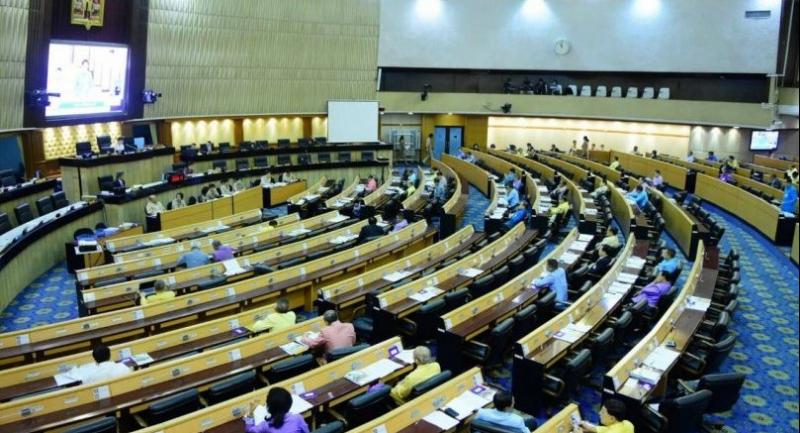 THAILAND NEEDS more than Bt130 billion to implement a five-year reform plan, one of the most expensive reform packages to be carried out by any coup-installed government in recent history, observers said yesterday.

The proposal made by the Cabinet sailed through the National Legislative Assembly without any debate on Thursday.

Critics said the country had constantly been in different phases of reform, a term popular with coup-installed governments. However, they hardly brought any substantial or tangible improvement to the country, they said.

Decharat Sukkamnoed, an economist from Kasetsart University, said Bt130 billion could be considered a lot of money, especially when compared with the budgets deployed by other governments, he said.

The economist said only the final results could show whether the expenditure would have been worth the money.

Reform to clean the country of corruption is always the buzzword for military leaders to topple elected governments.

Prime Minister Prayut Chan-o-cha, the current junta leader, staged a coup in 2014 to oust the elected government of Yingluck Shinawatra after street protests called for reforms. The reform plan was embedded in the junta-sponsored Constitution and fundamentally was part of and shaped by the 20-year national strategy, also drawn up by the National Council for Peace and Order (NCPO).

Future governments in the next 20 years are obliged to carry out the reforms and maintain the national strategy, supervised by junta-appointed senators. Failing to comply could cost them their incumbency, according to the Constitution.

Observers said the 20-year strategic plan is not realistic since it is hard for the country to look two decades ahead. Many politicians said they might not be able to implement the plan if they were elected to form the government.

Democrat leader and former prime minister Abhisit Vejjajiva said recently that the strategic plan is a big burden on future governments, which he would seek to amend if his party won the election and formed the government.

The NCPO reform plan covers 11 aspects – from politics and economics to public health and energy.

According to the report by the Office of the National Economic and Social Development Board, it aimed to conserve, restore, and improve forest areas and land plots as well as to support organic farming.

Coming second was the public administration reform, with an allocation of Bt33.41 billion.

The plan aimed to improve public service and its efficacy and transparency using more technology. This is to boost the convenience of people using the service.

While the entire reform scheme proposed by the junta was largely a result of the political conflict that led to the coup, political reforms received the lowest budget, at Bt221.85 million. The money would be allocated to improve political literacy, create new political culture, increase decentralisation, and other training, according to the proposal.

Government Spokesman Sansern Kaewkamnerd explained the proposal was a normal work plan of public administration. The budget would be taken from several sources related to each reform aspect, he said.

“Some of that will be from different agencies. Some will get a special budget,” he explained. “It is not the total sum of Bt130 billion all at once.”

Unlike the current junta, the previous coup rulers in 2006 were in power for only one year and did not map out any clear long-term plan. The coup itself cost the national budget Bt500 million. However, many reform committees set up by past governments, elected or military-backed ones, have spent billions of baht for their reform agendas. Many of the plans failed to be implemented effectively.