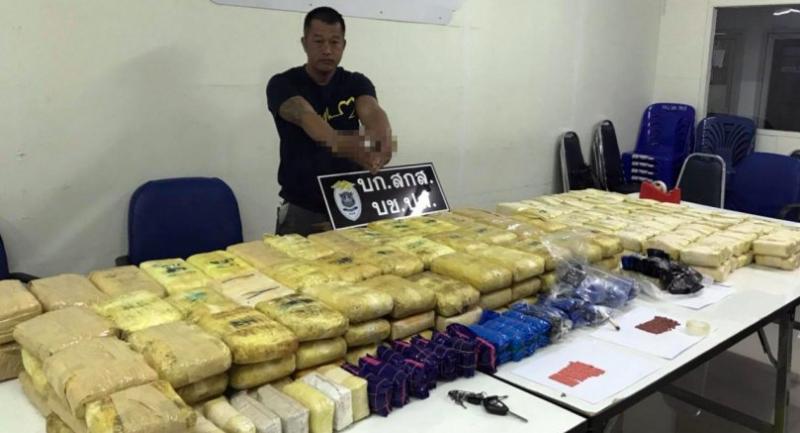 Following a police investigation that determined a large batch of narcotics would be transported to a house in Tambon Talung for storage pending distribution, police staked out the area and spotted the suspect, Mana Inyoo, driving an Isuzu pickup truck to the house at 12.30am. Officers searched the vehicle and found the illicit drugs.

Manas was initially charged with conspiring with other suspects to possess methamphetamines with intent to sell. Police took him for further interrogation to attempt to identify his accomplices.