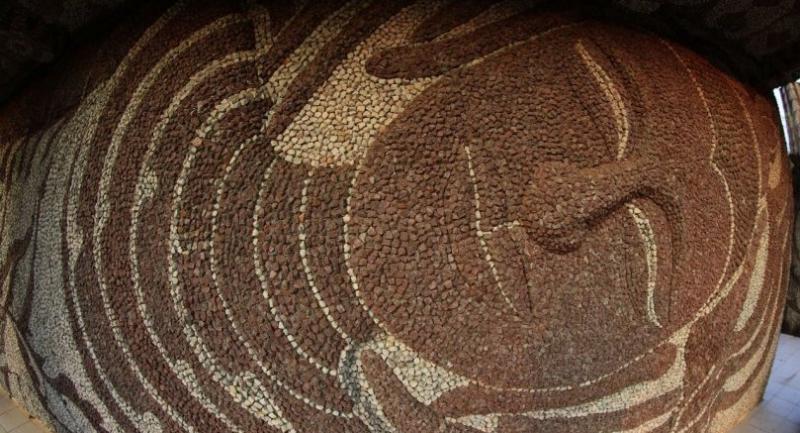 By Prasert Thepsri
The Nation

ATOP A MOUNTAIN, about 25 kilometres from the downtown area of Amnart Charoen, stands a pagoda that has become a magnet for tourists to the northeastern province. Because its sides and base are decorated with small stones that local villagers collected from the Phu Phanom Dee mountain, it is called the “Pagoda of Billion Rocks”. The pagoda was built over six years with the tireless labour and patience of local villagers in 1999 at the initiative of Phra Acharn Panya, the first abbot of the Phu Phanom Dee monastic centre. Because of the great number of small rocks embedded in the exteriors, the villagers called it the “Pagoda of a Billion Rocks” as a testimony to their unity and faith. The pagoda is 30 metres tall and 20 metres wide. Inside the pagoda, there is a hall for practising meditation and performing religious rites.

There are also images of several respected late monks, including Luang Pu Sao, Luang Pu Mun and Luang Pu Ya. Since the pagoda is located at the top of a mountain, it stands |out and can be seen even from a distance, and has become a landmark of Amnart Charoen.