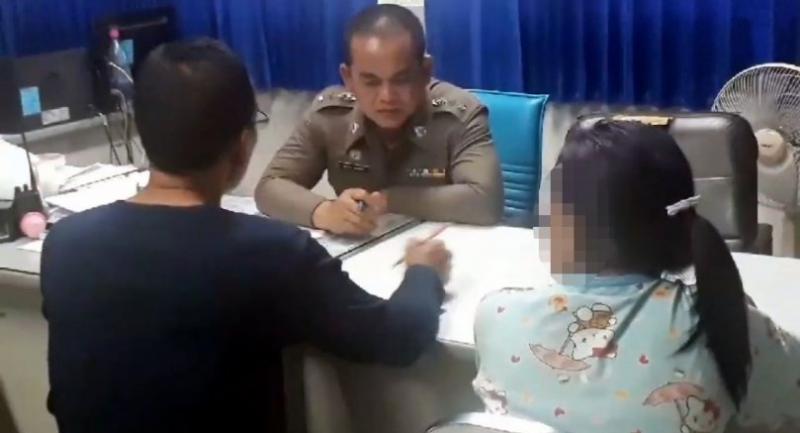 By WICHIT CHUNHAKIJKHAJORN
THE NATION

THREE YOUTHS were in police custody on Sunday over the alleged gang rape of a 17-year-old girl in their village in Surin’s Sikhoraphum district last week, while another suspect remained on the run.

Police said they would apply for court-ordered detention periods for the three suspects pending their investigations, Ban Hae village headman Bai Kannura said  on Sunday. The other suspect had promised to surrender to police later, he said.

The three young men reportedly told police that they had been drinking alcohol at a roadside area at 11pm on March 26 and saw the girl riding pillion on her 16-year-old male friend’s motorcycle. The drunken youths allegedly stopped the motorcycle and dragged the girl into the middle of a rice field, where they raped her despite her friend’s pleas for them to stop. After they finished, they let the girl and her friend go.

On March 27, the girl went to file a police complaint along with her female friend, as her 63-year-old grandmother was being treated for a chronic ailment and her factory-worker parents had not yet return to Surin. The parents work at a drinking water factory in Chon Buri and send Bt2,000 a month to support the girl.

Pol Major Wittawat Kaewlao sent the girl for physical examination at a hospital – the results of which were still pending.

The complaint led to an investigation and police arresting the three youths on Saturday but a fourth suspect fled the village.

The girl, who dropped out of school at Mathayom 2 level, and her family, following the suspects’ arrest on Saturday, sought advice from local media about how to receive justice.

The girl’s father said he was saddened by the vicious attack on his daughter and wanted to press charges against the rapists.

As the gang rape reportedly stemmed from the culprits’ drunkenness, the link between alcohol and crime was highlighted.

In a 2016 study by Thai Health Promotion Foundation researcher Dr Orathai Waleewong has cited interviews with juveniles in detention facilities, reporting that 40.8 per cent of them claimed to commit crimes within five hours of alcohol consumption. The study also cited crimes committed by juveniles reportedly under the influence of alcohol: 55.9 per cent of offences against life and liberty, 46.2 per cent of rapes and sexual assaults, 41.4 per cent of weapon and explosive offences, 35.3 per cent of thefts, 31.3 per cent of social disturbances and 29.2 per cent of the drug offences.

Sexual assaults have been in the spotlight amid a debate about safety ahead of Songkran.