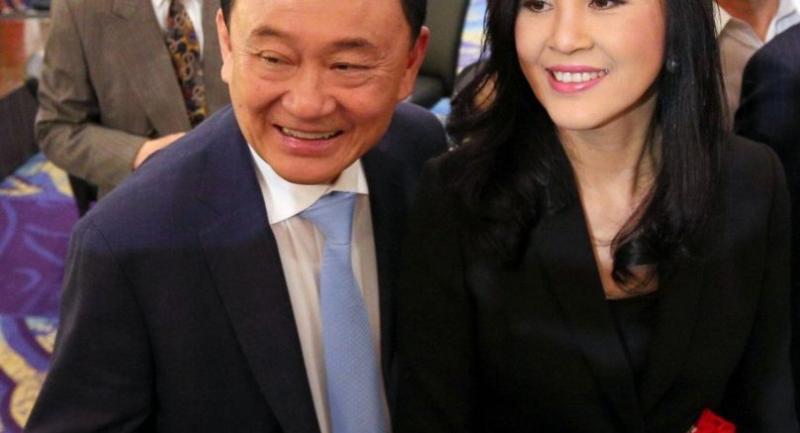 Former government leaders Thaksin and Yingluck Shinawatra should feel ashamed for appearing in public even though they are lawbreakers, Prime Minister General Prayut Chan-o-cha said on Tuesday.

Prayut said he did not feel embarrassed after Thaksin and Yingluck travelled to Japan and stayed there for a few days last week. He said that authorities had taken all the legal measures regarding the siblings.

The Shinawatras are both wanted by Thai authorities for separate alleged wrongdoings. They have lived in self-exile overseas after fleeing the country – Thaksin in 2008 and Yingluck last year. They have appeared together in several Asian countries over recent months.

“We cannot enforce our country’s laws overseas. If foreign countries do not send them back [for prosecution in Thailand], that’s it. Do you get it?” Prayut told reporters at Government House on Tuesday.

“I don’t have any feeling about them. They should have been ashamed. They broke the law and they still dare to go out,” the prime minister said.

When serving as the Army chief, Prayut led a coup in May 2014 that overthrew a government led by Yingluck’s caretaker successor. Yingluck had been removed from the PM’s seat a few months earlier by a court order after she was found to be guilty of abusing her power by moving the National Security Council secretary-general at that time.