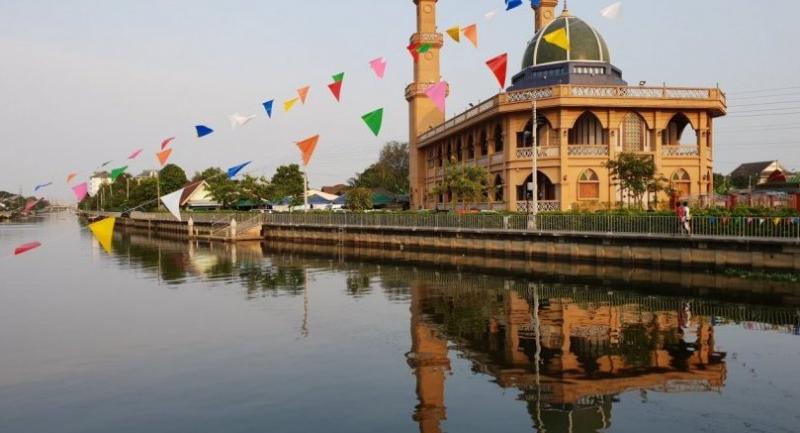 Yamiulebadah Mosque where a boat racing will take place on Sunday.

The races for five types of boats will be held from 8am until noon, beginning at Wat Krathum Sua Pla and concluding at Yamiulebadah Mosque which are located on the same bank of the canal not far from each other.

The district office announced on its website that the Bangkok Metropolitan Administration governor will launch a tourist boat at 9.30am, taking tourists from Wat Krathum Sua Pla to Wat Mahabut in Phra Khanong district.

Apart from boat racing, booths will be set up at Wat Krathum Sua Pla to sell products locally made in Prawet. The temple is located on Onnuj Soi 67.

Visitors to the temple will also be treated to a show of 80 much-respected Buddha images in a museum, a wax museum and a display of ancient boats.

A local official said there would also be a temporary floating market at the temple on Saturday.