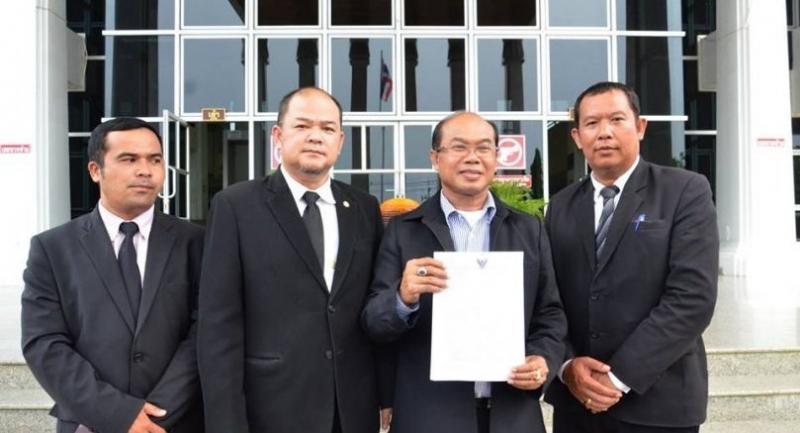 Preecha (2nd from right) stands with his lawyers after filing complaint with a Court in Kanchanaburi province on Thursday.

By Supot Kaewkasee
The Nation

A controversial teacher of Kanchanaburi province on Thursday filed a complaint with a court seeking theft charges against a retired policeman he accuses of stealing his Bt30million lottery winnings.

Preecha Kraikruan said he decided to seek legal action against Charoon Wimoon after provincial police decided not to forward to public prosecutors his claim that Charoon either stole his winning tickets or picked up the tickets he dropped at a market.

“I am allowed by law to seek justice by myself as police did not pursue the case. So I filed the case with the court myself,” he said.

The court has set June 4 to consider the complaint, he said.

Charoon has already cashed the winning tickets and spent about Bt5 million, before the sum was frozen following Preecha’s complaint.

Charoon has accused Preecha of making a false statement by accusing him of either stealing or accidentally finding the tickets. However, Preecha’s arrest last month for filing false reports, made many assume that the winnings belonged to Charoon.