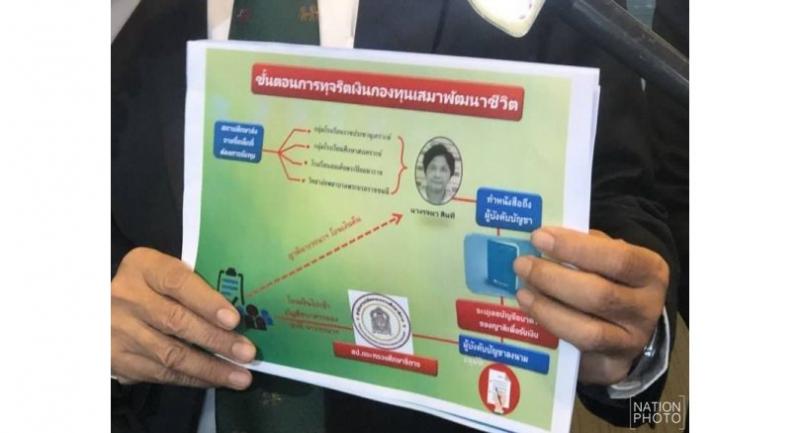 SOME PORTIONS of the state budget for the destitute have flowed into bank accounts of top officials at the Social Development and Human Security Ministry, relevant authorities have found.

“But at this point, we have not found any link to political-office|holders or politicians,” Office of Public Sector Anti-Corruption Commission (PACC) acting secretary general Lt Colonel Korntip Daroj revealed|yesterday.

PACC has been investigating all state-run protection centres for the destitute across the country after a university student, who was posted as an intern at the Khon Kaen Protection Centre for the Destitute, noticed irregularities and blew the whistle.

Korntip said PACC would ask the Social Development and Human Security Ministry, which oversees the centres, to transfer accused officials.

“At present, the Anti-Money Laundering Office has helped us with the examination of financial flows,” he added.