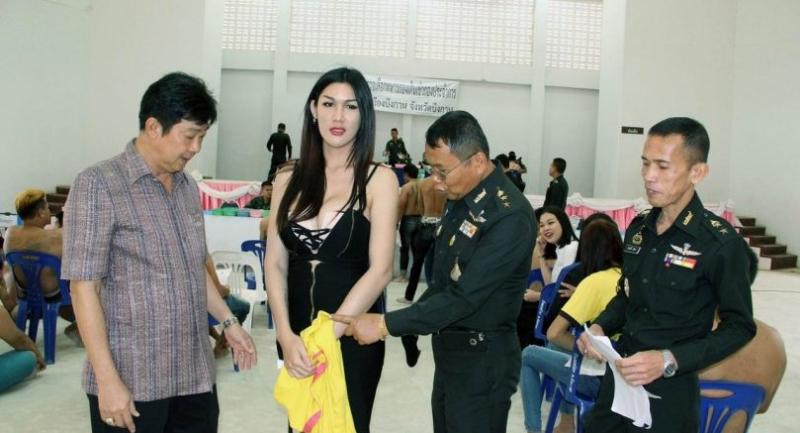 Dressed in a feminine traditional-Thai costume, a ladyboy reported herself to a conscription unit in Phetchaburi province yesterday.

“I am inspired by BuppeSanNivas (the hugely popular TV series set in the Ayutthaya period),” said Malai Puangdej, 22.

She turned many heads at the unit due to her costume.

One of them, Jorakrit Kamalanont, said she was not drafted because she had already had breast implants.

“My physical conditions now do not match my gender at birth,” she said.