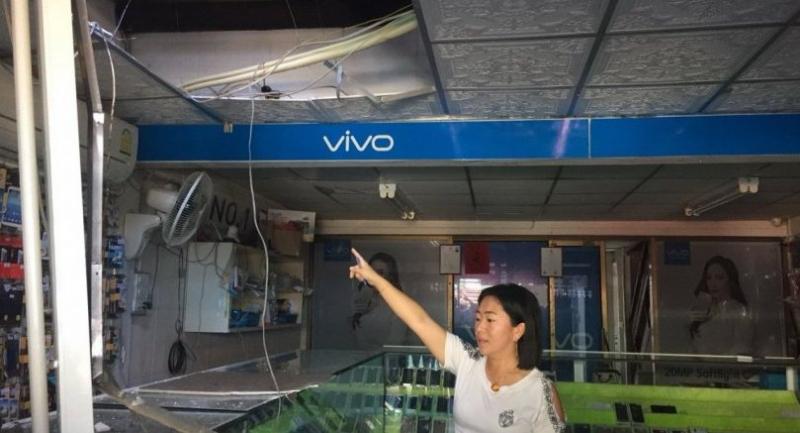 She received a phone call from the maid who usually opens the shop in the morning about the robbery. A mobile phone shop in Rassada was robbed of 70 phones, Bt7,000 in cash – and the shop’s CCTV camera – when thieves broke through the ceiling in an overnight break-in on Tuesday.

The robbers covered another CCTV camera outside the shop, in an alley in Rassada, east of Phuket, and dropped a knitted hat at the scene.

Zhou Yan, 36, the Chinese owner of the shop, was in shock after the incident.

The stolen items were new and second-hand phones that had been traded or sold to the shop. Police found a knitted hat on the ground and forensics officers have gathered fingerprints and other evidence at the scene.

The owner of the shop said that she closed the shop at about 8.30pm on Monday and went to her home in Samkong. She received a phone call from the maid who usually opens the shop in the morning about the robbery.

Police believe the robbery was well planned. They are checking CCTV cameras in the vicinity for additional clues.