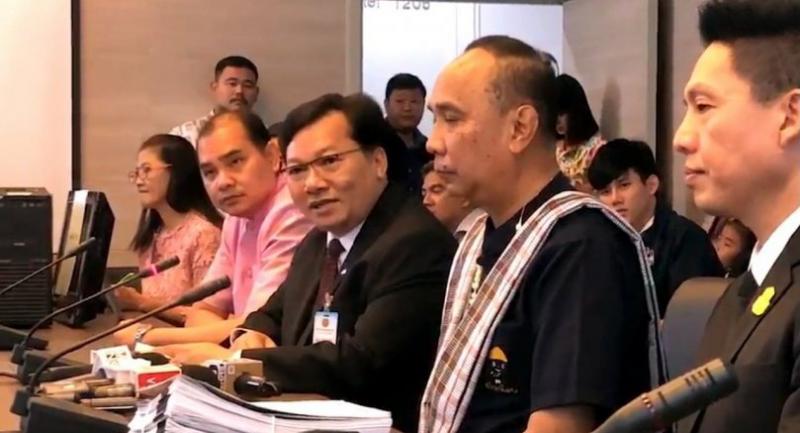 A LIST of 44 civil servants allegedly involved in corruption at the Education Ministry’s Sema Pattana Chevit Fund for underprivileged children was submitted yesterday to the Public Anti-Corruption Commission (PACC).

Education inspector-general Atthapol Truektrong, chairman of a ministry-assigned fact-finding committee, filed a formal complaint along with the list, the office computer of a self-confessed embezzler, the testimony of two witnesses and recipients of the ill-gotten money .

The list identifies 22 individuals accused in the original complaint covering 2012-17. As investigators probed further back to 2005, more officials were found to be involved.

The list names two education officials, one at the Bangkok Metropolitan Administration, one at the Land Department, a military officer, a Border Patrol policeman and a teacher in Tak. A further 15 officials’ allegedly involved were added to the list. Six non-governmental officials are also under investigation as recipients of cashier cheques signed by Rojana Sinthee, a C8-level education official who allegedly abused her authority in overseeing the fund. Atthapol said Rojana had confessed to stealing millions of baht from the fund and has been sacked.

The PACC sub-panel would not yet summon Rojana to hear charges as it had only been working for 15 days out of an expected six-month timeframe, he said.

Education Minister Teerakiat Jareonsettasin announced on Monday that the fact-finding panel determined Bt230 million had been wired from the fund in 1,049 transactions to the 471 bank accounts of fund recipients and others from August 2005 to November 2017.

Bt96.38 million is believed to have been embezzled and sent to 52 bank accounts of people not authorised to receive funds, Teerakiat said.

The owners of 34 of these accounts have been identified. The Anti-Money Laundering Office is looking into the ownership of the other 18 and has obtained its transaction committee’s nod to probe assets of those accused.

Teerakiat said evidence pointed towards another C8-level education official as an accomplice. The 52 accounts were divided among four groups, members of which are being urged to step forward and cooperate with investigators, he said.

The first group of accounts belonged to Rojana and her relatives and the second to friends from her bachelor and master’s degree classes. Some of these have already confessed to being involved, Teerakiat said. The third group includes the account of a charity foundation where Rojana served as an executive. It received Bt2 million on seven occasions.

The fourth group involves accounts opened by former fund recipients who let Rojana use them because they respected and trusted her.