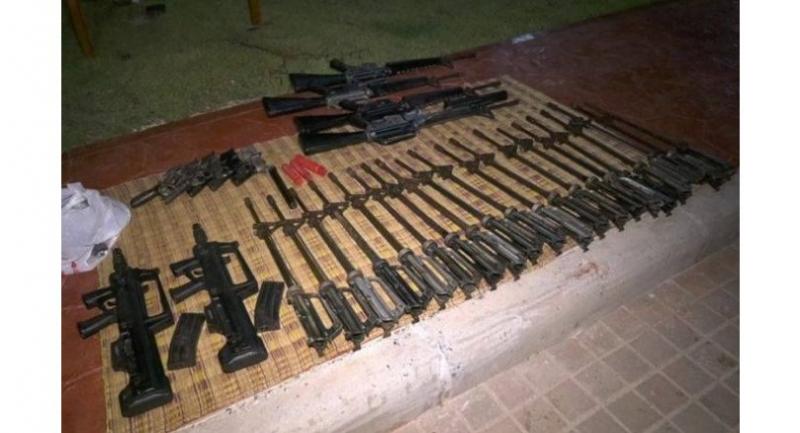 A 53-year-old Saraburi man has been arrested in Trat allegedly transporting a large cache of war weapons in a pickup truck that bore a sticker suggesting a link to the 4th Cavalry Regiment of the King’s Guard in his home province.

Security officials looking for drugs and contraband at a checkpoint in Tambon Mai Rood, Khlong Yai district, ahead of Songkran arrested Chayut Prasertrit at 10pm on Tuesday after discovering the weapons in his vehicle.

Chayut reportedly confessed to Trat deputy police chief Pol Colonel Da-res Malithong and Navy Special Task Forces commander Captain Prachuap Malithong that he had picked up the weapons in a neighbouring country to deliver to a customer back in Saraburi.

He refused to implicate any accomplices, but authorities believe he is part of an organised group.

It was found that Chayut might have made many similar trips previously.

Da-res said police would try and determine if there was any link to weapons traders arrested in previous years and whether Chayut was in the military or had any ties to the Saraburi cavalry regiment.