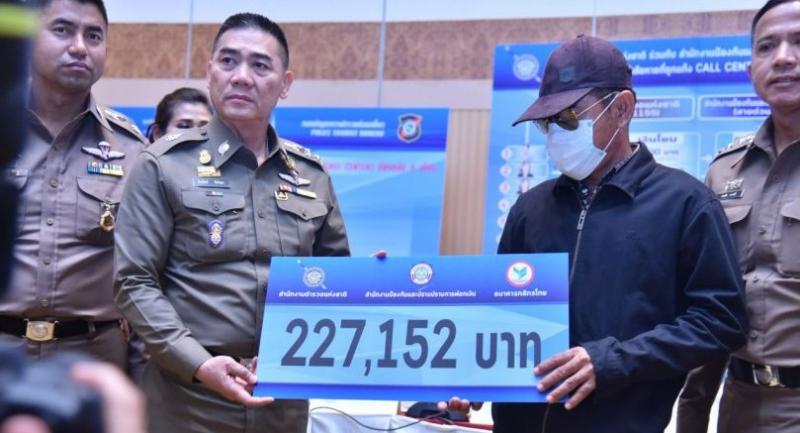 National police chief Pol General Chakthip Chaijinda on Wednesday said police had been successful in recovering more than a million baht for 11 victims of a “call centre” scam.

A senior police officer also said the number of such fraud cases in the past six months had gone down and no incident had been reported so far this month.

Among the 11 victims, four received the entire amount they had been cheated out of, he said, vowing the police would continue the crackdown on “call centre” scammers. Tourist Police Bureau deputy head Maj-General Surachet Hakpan reported a decline in the number of “call centre” scam cases in past six months; there were 73 cases in November, 66 in December, 65 in January, 36 in February, 28 in March, and none in April so far. Piraphat Ingpongpan, director of the Anti-Money Laundering Office’s litigation division 1 and deputy spokesman, warned that the agency could trace money transactions of suspects and hence would seize all assets bought with ill-gotten money from the suspects’ relatives. He said they could also be charged with money laundering, which is punishable with up to 10 years in prison.