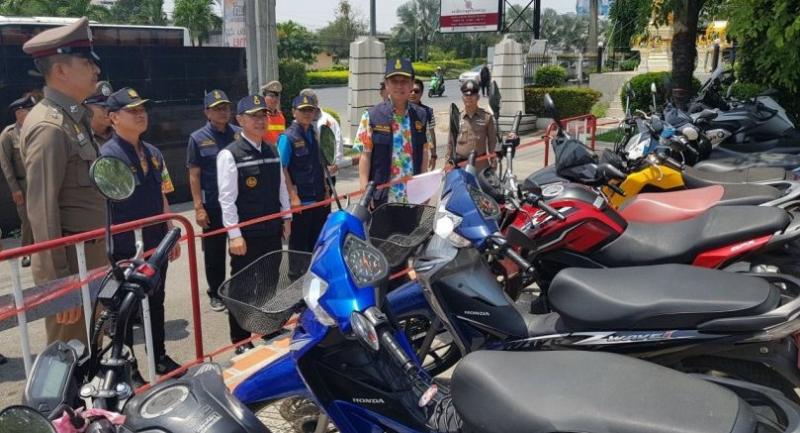 The National Council for Peace and Order (NCPO) and related authorities seized a total of 7,067 vehicles from drunk drivers in the first four days (April 11-14) of monitoring road accidents over the Songkran holidays.

NCPO and Army deputy spokeswoman Colonel Sirichan Ngathong said on Sunday that apart from seizing 5,019 cars/trucks and 2,048 motorcycles from April 11 to 14 in an effort to enforce drunk-driving laws, the authorities also seized driver's licences from 16,588 motorists and motorcyclists.

The seized vehicles would be returned to the owners after the seven-day accident monitoring period, she added.

Colonel Sirichan reminded people that very hot weather was forecast for April 15-18, with maximum temperatures of up to 40 degrees Celsius and summer storms expected in upper Thailand plus Bangkok and surrounding areas.

She said the army and other related agencies would help affected residents where necessary and she advised people to avoid prolonged water-splashing in the hot weather because this could lead to them getting sick.