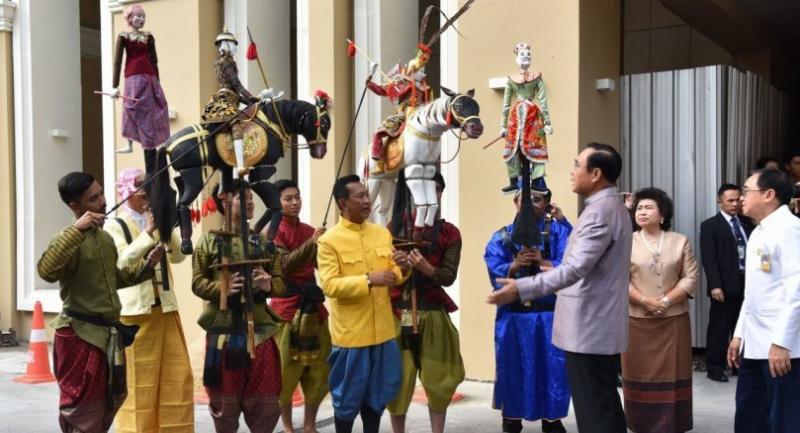 The Ministry of Culture and Bangkok Metropolitan Administration are commemorating the 236th anniversary of the beginning of Bangkok’s Rattanakosin Period with daily activities in various locations across the old city from April 21 to 25.

On Saturday at 8.30am, 237 monks will receive alms in front of City Hall, followed by a sacrifice ceremony at the City Shire. At 10am, clergymen of five faiths will join in a ceremony at the National Theatre, which will be hosting cultural performances from all four regions. The highlight will be a colourful parade at night. Beginning at 6pm at Jedsdabordin Pavilion near the Golden Temple on Rachadamnoen Klang Avenue, more than 1,000 stars, dancers, artists, governmental officials and members of the public in period attire, will add colour to the capital with a charming parade portraying the capital’s glory during the Chakri Dynasty’s 10 reigns. The cultural festival celebrates King Rama I’s decision to make Bangkok the capital of Siam following the Burmese destruction of Ayutthaya in 1767.

At the same time, the activities honour all the kings of the Chakri Dynasty.

The festival is a great chance to learn more about the early history of Rattanakosin.

Under the theme of “Rattanakosin Glory”, the parade is divided into 11 parts beginning from the 236th anniversary of Rattanakosin, the reign of King Rama I who found Rattanakosit (then later know as Bangkok), to the current monarch His Royal Highness Maha Vajiralongkorn.

To promote the junta government’s Niyom Thai Yangyuen (Sustainable Thainess), the government has invited Thais dressed in national attire to join the parade. They will take part in the last parade focusing on the reign of King Rama 10 under the theme of “Happiness People”. The ministry is also hosting a photo contest on the subject of Thai Culture.

The Thai Film Archive is also hosting an exhibition and is screening 10 Thai films covering the reign of King Rama IX at the Scala Theatre, from April 24 to 27.