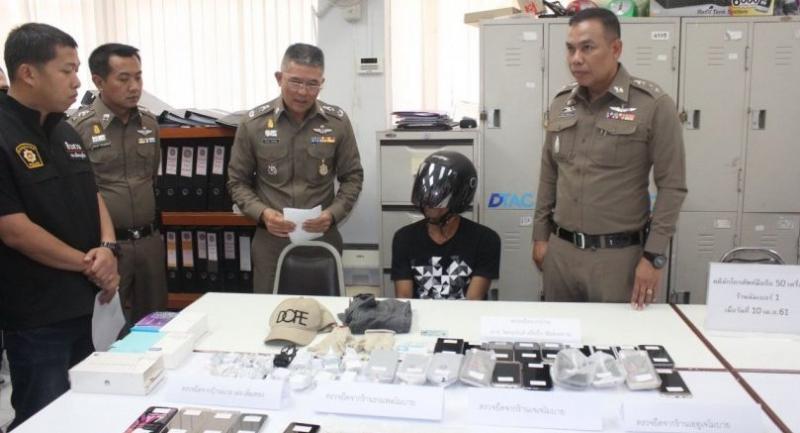 Two alleged Phuket phone shop raiders have been arrested today (April 18) after stealing more than 60 phones, according to police.

The phone shop in Rassada named ‘No.1’ was allegedly ransacked on April 10 by 38-year-old Chok-Anan Chaisongkram and his brother-in-law, Leng Permthong. They reportedly got in through the ceiling of the shop and removed the server of a CCTV camera. However, one of the CCTV cameras recorded the two men at 1am, according to police.

They wore hats to hide their faces and gloves. After the crime, they reportedly fled with a motorcycle to Anupas Phuketkan Road. Police said they tracked CCTV cameras along their route and received information from an undercover officer in the area about the suspects.

They arrested Chok-Anan with 31 mobile phones this morning with 12 top-up cards for phones in a house near the phone shop on Srisutat Road in Rassada.

He allegedly told the police that his brother-in-law invited him to commit the theft and he had now fled the island. He said that this was his first such crime, according to the police.