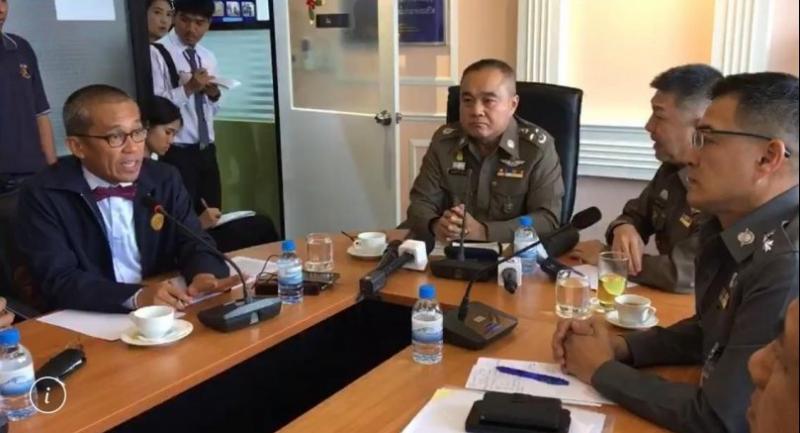 By Suriya Patatayoh
The Nation

Thais rounded up in Germany’s biggest crackdown on crime rings, which are suspected of smuggling hundreds of women and transsexuals from Thailand for prostitution, were likely to be charged first with working as prostitutes without work permit.

Deputy national police chief Pol General Srivara Rangsibhramanakul said on Thursday that while prostitution is legal in Germany sex workers have to have a work permit.

The divisions were also ordered to examine all aspects to know who was involved in the racket. The guilty people would certainly be severely punished, Srivara said.

Meanwhile, Pol General Thammasak Witchayara, chairman of the subcommittee on anti-transnational human trafficking, said the Thai side would contact Germany to know details about the crackdown.

Thai and German police have been cooperating in tackling human trafficking, Thammasak said, adding his side is considering sending police officers to Germany as some Thais were detained in the case.

It is not yet known how many Thais have been detained in the crackdown, which involved a record 15,000 officers raiding more than 60 brothels and flats in 12 of Germany’s 16 states. Prosecutors have 56 suspects in their sights, 41 of them women.

Among the arrested were seven people suspected of having been leaders in the ring, one of them a 59-year-old Thai woman who was identified as leader of the crime network that smuggled Thai women and transsexuals to Germany with fraudulent visas for forced prostitution.

The woman and her 62yearold German partner were taken into custody on outstanding arrest warrants. The rest of the detainees could be treated as victims.

The women brought to Germany “had to hand over 100 per cent of their wages to the operators of the respective ‘massage parlours’ to pay off their smuggling fee”, ranging from 16,000 euros (Bt640,000) to 36,000 euros, AFP quoted Alexander Badle, spokesman for the Frankfurt prosecutor’s office, as saying. He said that other than human trafficking, forced prostitution, procurement and embezzlement of wages, the ring leaders also face charges of tax evasion.

Some of the suspects could face up to 15 years in prison.

Germany’s Interior Minister Horst Seehofer said that several hundred women and men were at the mercy of the inhumane, boundless greed of human smugglers for years and across borders.

He said that while the Thai victims were aware that they were being taken to German brothels, they were duped about the “conditions, including the fact that they would receive virtually no remuneration”.

They were brought to Europe on tourist visas that explicitly prohibited work, and spoke no German, leaving them particularly vulnerable to exploitation, Badle added.

He said immigration authorities would now examine the victims’ legal status to determine how long they could stay in Germany.