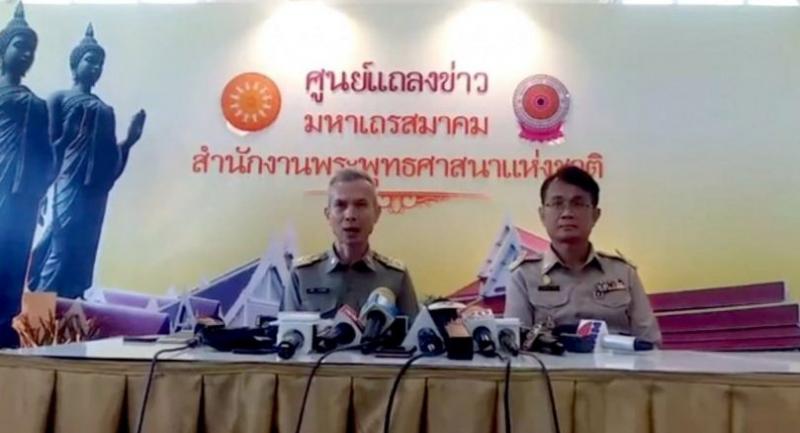 SANGHA COUNCIL SAYS NACC HAS TO MAKE THE CALL ON PROSECUTION

THE five senior monks, including three members of the Sangha Supreme Council (SSC), implicated in the embezzlement of funds allocated by the National Office of Buddhism (NOB) for three Bangkok Dhamma schools, were “accused persons” and innocent until proved otherwise by the court, SSC secretary-general Pol Lt-Colonel Pongporn Parmsneh said yesterday.

This was because the National Anti-Corruption Commission (NACC) had not yet deemed their alleged wrongdoings fit for prosecution, Pongporn told the media following the SSC general meeting at Nakhon Pathom’s Buddha Monthon Park.

Pongporn, in his capacity as NOB director, had brought the case to the police force’s Counter Corruption Division (CCD), which then probed and forwarded the case against the five monks on April 11 to the NACC.

Asked when he would file more embezzlement complaints against the seven other temples, following the postponement on Thursday, Pongporn said reporters should pose this question to the CCD or the NACC instead.

Police acted as per evidence and legal steps, Chakthip said, and there was no need to worry.

“There is no law prohibiting police from arresting a monk involved in wrongdoing. Police probing this case would worry if the actions are against good monks but they don’t worry about probing and prosecuting bad monks. All are as per the usual procedure,” he said.

If the accused had not done anything wrong, there was no need for them to worry, Chakthip said, declining to elaborate on details of the CCD case report to the NACC.

If other monks held a protest over police accusation against senior monks, such a rally would be handled by law enforcers, Chakthip said.

However, Buddhist Protection Centre of Thailand president Phra Dhammakittimethee, the assistant abbot of Bangkok’s Wat Ratchathiwat Ratchaworawihan, warned that this might escalate to a dispute and an “out of control” incident because many disciples of the three accused SSC members were upset.

The outspoken monk said his centre had not scheduled a press conference about this scandal because he and his group had nothing to do with it or with budgetary matters. They trusted that the case against the senior monks would be as per NOB regulations.

He also expressed his personal opinion that a temple could spend the funds allocated from the NOB on other things in addition to the submitted and approved projects, as long as such things were for the benefit of Buddhism. The money should be returned and not doing so might be a “flaw”, but it was not necessarily an intention to cheat or embezzle because the end result benefited the religion too, he said.