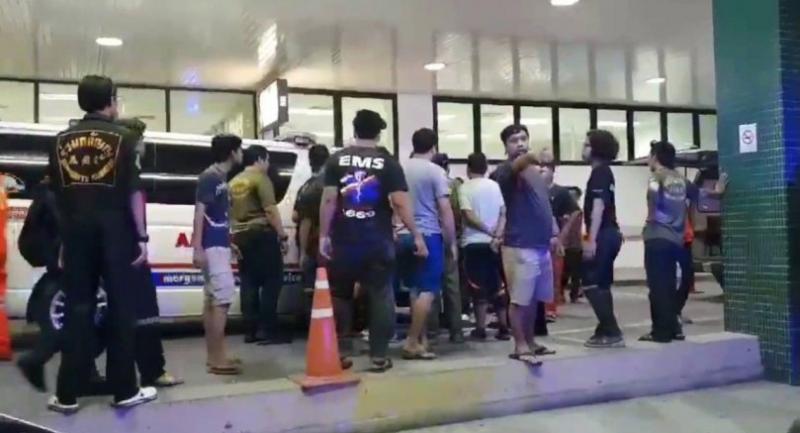 Police have arrested a man who allegedly fired a gun during a turf war between rival rescue crews at a Bangkok hospital on April 11, resulting in a bystander being wounded.

Police announced on Monday morning that Neung Laokaew, 26, had been taken into custody in Sai Mai district the previous afternoon on a warrant issued by a criminal court.

He is charged with attempted murder, illegally possessing a gun and carrying a gun in a public place.

Police said he showed them where the pistol was at another location.

They said he confessed to shooting at rivals during a dispute between rescue workers of the Ruam Katanyoo Foundation and Sai Mai district disaster prevention volunteers.

The incident took place at Central General Hospital in Bang Khen district on the night of April 11.

The two groups were bickering over which areas each one could pick up accident victims for transport to hospital.

Neung allegedly fled on his motorcycle.