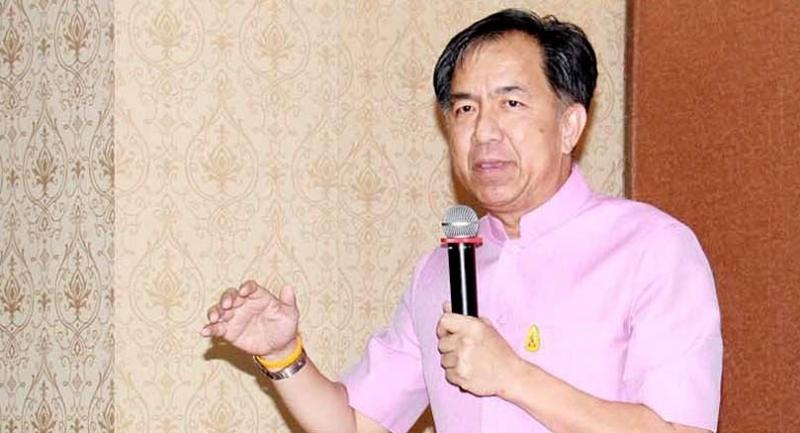 FIVE OFFICIALS OF the Department of Livestock Development are being investigated in connection with alleged irregularities in the purchase of uncertified rabies vaccines, Agriculture and Cooperatives Minister Grisada Boonrach disclosed yesterday.

Grisada said he had instructed his ministry’s permanent secretary to set up a committee to investigate those officials and impose severe disciplinary actions if they are found guilty.

He did not identify the officials but said they include current and retired officials.

“None of them are officials at the C-10 level. That means they are not executives of the ministry,” he told reporters at Government House during a Meet the Press event.

The probe was ordered after initial fact-finding results showed that about 1 million doses of rabies vaccines purchased by the department in 2016 had not obtained certification from the Food and Drug Administration, according to the minister. He said it was considered a wrongdoing for any officials to accept uncertified vaccines.

The fact-finding followed complaints of substandard vaccines in the aftermath of an outbreak of rabies in many provinces. At least eight rabies-related human deaths have been reported this year.

The minister also said that the initial fact-finding found no evidence to prove the allegation that a former deputy director-general of the Department of Livestock Development had allowed his wife to sell vaccines to the agency improperly. He asked anyone with evidence to submit it.

A recent survey of mammals in Thailand found there are about 10 million animals with the potential of becoming rabies carriers – 9 million of them have owners and the remaining 1 million are strays, Grisada said yesterday.

The minister said the Agriculture and Cooperatives Ministry is working with local administrative organisations to prevent the spread of the fatal disease. The ministry is responsible for procuring rabies vaccines to be used with stray mammals while the local administrative organisations are responsible for funding the purchase of vaccines for the 9 million pets and other mammals that have owners, he added.