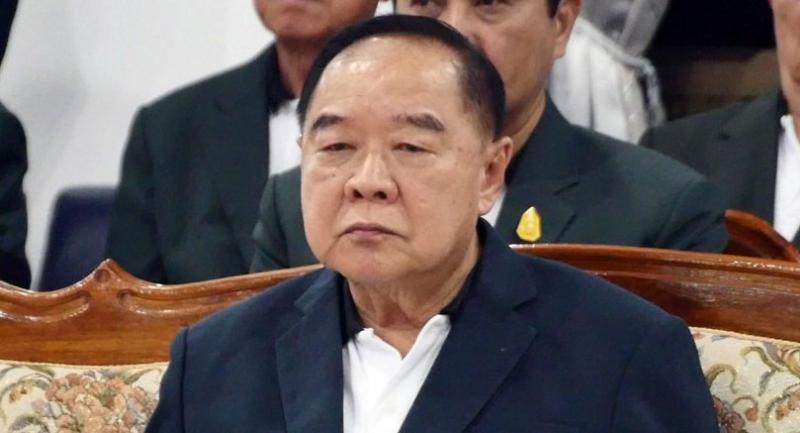 DEPUTY PRIME Minister Prawit Wongsuwan discussed with the US Homeland Security under secretary Claire Grady issues related to cyber and maritime security, terrorism and transnational crimes as well as human trafficking during his visit to Washington this week.

In the meeting with Grady, Prawit said Thailand was ready to cooperate with the US on security matters for mutual benefit as well as using the US experience to improve security in Thailand.

Mattis highlighted the priority the US National Defence Strategy places on working with allies and partners to advance common interests and maintain a free and open Indo-Pacific region.

“Secretary Mattis expressed confidence that the future for Thai people will be positive as they regain their democratic footing,” White said. The two ministers expressed support for enhancing maritime security cooperation, multilateral exercises such as Cobra Gold, and building interoperability through a strong defence trade relationship, she said.

Intelligence information on maritime security was important for cooperation to secure sea routes in the region and in the world, he said and noted that the US thanked the Thai military for its role in anti-piracy in the Gulf of Aden, he said.

The Thai delegation also briefed the State Department’s Office to Monitor and Combat Trafficking in Persons regarding progress of the Thai government’s efforts to combat human trafficking.

Thailand was ranked in the Tier 2 Watch List last year as the authorities did not fully meet the minimum standards for eliminating trafficking.

The delegation also met with influential NGOs to convince them that the government was taking steps to manage the millions of migrant workers from neighbouring countries, Kongchep said.