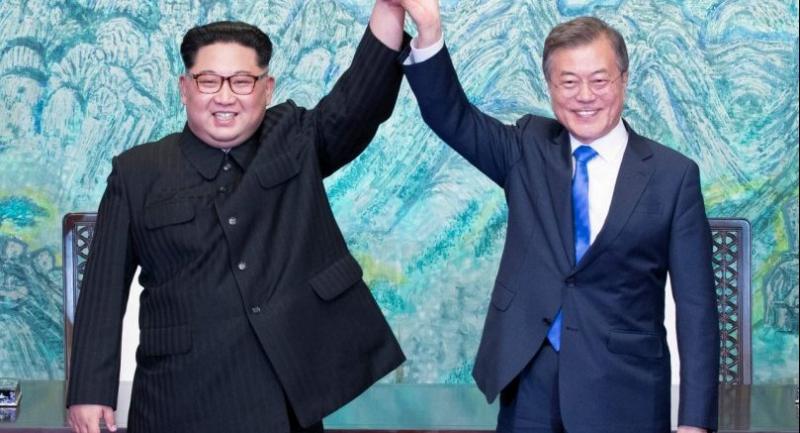 North Korea's leader Kim Jong Un (L) and South Korea's President Moon Jae-in (R) raise their jointed hands during a signing ceremony near the end of their historic summit at the truce village of Panmunjom on April 27, 2018 -AFP

"Kim said during the summit... that he would carry out the closing of the nuclear test site in May," Moon's spokesman told reporters.