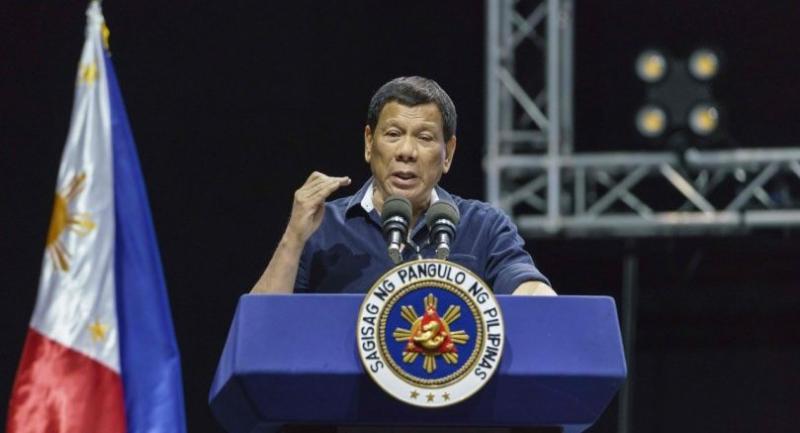 Philippine President Rodrigo Duterte on Sunday said the temporary ban on Filipinos going to work in Kuwait is now permanent, intensifying a diplomatic standoff over the treatment of migrant workers in the Gulf nation.

Duterte in February imposed a prohibition on workers heading to Kuwait following the murder of a Filipina maid whose body was found stuffed in a freezer in the Gulf state.

The two nations had been negotiating a labour deal that Philippine officials said could result in the lifting of the ban but the recent escalation in tensions has put an agreement in doubt.

"The ban stays permanently. There will be no more recruitment for especially domestic helpers. No more," Duterte told reporters in his hometown in the southern city of Davao.

Around 262,000 Filipinos work in Kuwait, nearly 60 percent of them domestic workers, according to the Philippines' foreign department.

Last week the Philippines apologised over the rescue videos but Kuwaiti officials announced they were expelling Manila's ambassador and recalling their own envoy from the Southeast Asian nation.

Duterte on Sunday described the situation in Kuwait as a "calamity".

He said he would bring home Filipina maids who suffered abuse as he appealed to workers who wanted to stay in the oil-rich state.

"I would like to address to their patriotism: come home. No matter how poor we are, we will survive. The economy is doing good and we are short of our workers," he said.

About 10 million Filipinos work abroad to seek high-paying jobs they were unable to find at home, and their remittances are a major pillar of the Philippine economy.

Describing China as a "true friend", he said he would use Chinese aid to fund the workers' repatriation.

Duterte added that he was not after "vengeance" against Kuwait and did not "nurture hate".

"But if my people are considered a burden to some of them, to some government mandated to protect them and uphold their rights, then we will do our part," he said.