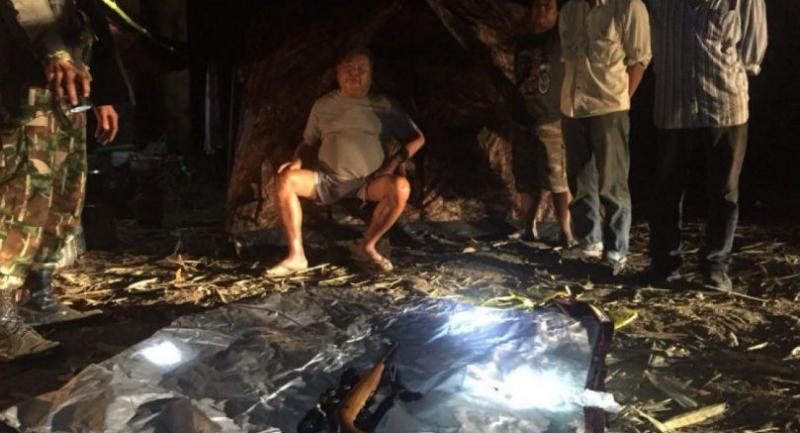 CONSTRUCTION tycoon Premchai Karnasuta will face prosecution on seven charges related to his alleged poaching in a wildlife sanctuary.

The public prosecutor yesterday announced that the Attorney-General had decided to arraign Premchai on the seven charges favoured by the prosecutor, despite police requesting that he add a further three charges to the tally.

The disagreement between the two bodies led the local public prosecutors to ask Attorney-General Khemchai Chutiwongse to make a ruling on which charges Premchai and his alleged accomplices should face.

The three other suspects variously face between five and seven charges, depending on their alleged role in the alleged crimes.

National police chief Pol General Chakthip Chaijinda yesterday said he respected the decision by public prosecutors to pursue legal actions against Premchai on six counts (plus a bribery charge added later) instead of nine as suggested by police investigators.

“The police worked to the best of our ability in gathering the pieces of evidence,” Chakthip said.

When asked if Premchai would eventually benefit from the decision, the police chief said: “This matter involved judgement by public prosecutors.”

In a related development, public prosecutors yesterday indicted Premchai and his chauffeur Yong Dodkrua for offering a bribe to an official. The Criminal Court for Corruption and Misconduct Cases Region 7 in Samut Songkhram accepted the case for trial.

The court scheduled May 28 for the two defendants to testify after they denied the charge of bribery.

The defendants later were released on bail of Bt100,000 each on condition that they do not leave the country without court permission. Premchai left the court without speaking to reporters.

Apichart Tordamrong, a senior prosecutor in charge of corruption litigation, said yesterday that the prosecution was convinced they had sufficient evidence to support their case.

The public prosecutor in charge of the case, Apichon Rakbua, yesterday said prosecutors had carefully built their case from available witnesses, documentary evidence, and an audio recording in which Premchai’s driver is said to have offered a bribe in exchange for not taking legal action against all those accused of hunting wild animals in the national forest.

He declined to give further details regarding the case.

Offering a bribe is an offence under the Penal Code. Premchai and his three alleged accomplices were arrested in February after officials found evidence that they had hunted wild animals, including a highly endangered black leopard, in Thung Yai Naresuan wildlife sanctuary, Kanchanaburi province.

His arrest made headlines partly because of his position as president of Italian-Thai Development (ITD), a leading construction firm.

The public and activists have closely monitored the progress of Premchai’s case out of concerns that his influence and wealth would allow him to find a way out of his legal troubles.

At a shareholder meeting of ITD, Premchai recently said that he had done nothing wrong. He also related several phone calls in which people shared their sympathy with him.

Following his arrest, Premchai submitted a petition for justice.

The prosecution has reviewed Premchai’s petition and rejected his request that additional people be interviewed regarding the case.

“We have found that documents attached to Premchai’s petition for justice, which include a request for authorities to interrogate more witnesses, are not related to the case,” said Office of Public Prosecution Region 7 director-general Somsri Wattanapaisan yesterday. “They are just people expressing their opinions on media.”

She added the investigation was already complete and there was no need to interview additional witnesses.

“His request is seen as an attempt to delay legal proceedings,” she said.

An economic analysis estimated the value of the dead animals and damage to the environment at Bt3 million.