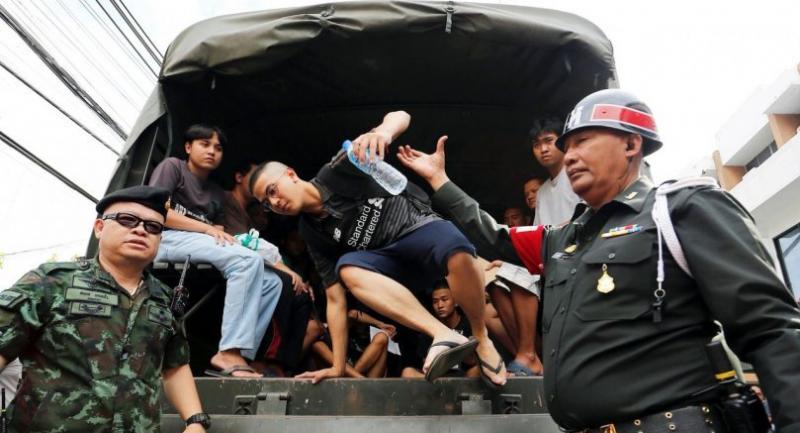 Soon-to-be Democrat Party politician Parit Wacharasindhu on Tuesday has started his first day of military service alongside thousands of Thai men legally obliged to enlist in the Army.

Unlike his uncle, Abhisit Vejjajiva, who was invovled in a military service avoidance scandal, Parit insisted that his voluntary conscription had nothing to do with correcting the legacy of the Democrat leader. “Even if I were not his nephew, I would still apply to enlist,” he said.

The 26-year-old will spend six months at a military camp. This means that he should be out in November, three months before the general election is due to be held. Parit, who plans to become a Democrat member and eventually an MP candidate, is one of new faces emerging after a so-called “lost decade” in the Thai political arena.

With “young blood” branding, Parit has brushed aside political linkage with his uncle, who has been one of the key players in Thai politics and is also a controversial figure.

On Tuesday, Parit reported to the 11th Army Circle with his hair already cut and his political plans already cleared. That included a talk with Abhisit a few days ago about the party’s policies and direction during his absence, and talks with the young-blood team he leads, Parit said. He also stressed that he would not be “attracted” to any other political party despite recent waves of politicians shifting to side with the junta.

“My ideology is very clear. I will go for the party that can serve my purpose,” he said. “If the Democrat Party can enter new era, I will go for it. And there is currently no reason it cannot do so.” Parit chose to remain mum about increasing calls to end the requirement for all qualified Thai men to be conscripted for military service.

“I choose to voluntarily enlist to the service because I wish to carry on my duties as required by the law,” he said. “I should have more idea on whether conscription should exist once I enter the service.”