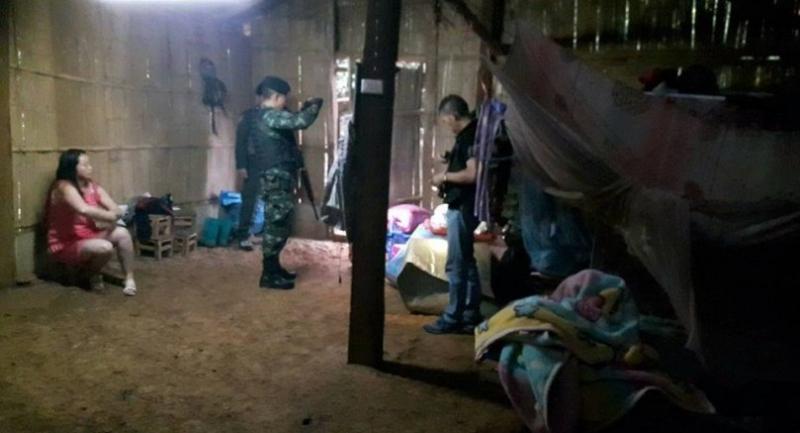 Four locations in Tambon Por in Chiang Rai’s Wiang Kaen district were searched early Wednesday morning as part of the investigation into the fatal April 24 ambush on Hmong kamnan Thaweesak Yodmaneebanphot and his family.

The attack left 54-year-old Thaweesak – chief of Tambon Por and president of the Hmong People Club of Thailand – and his three-year-old son seriously injured. His wife and five-year-old daughter were killed. Police suspect that Thaweesak’s role in the recent arrests of drug suspects might have prompted the attack.

The search turned up no illegal items. Police are hoping to find weapons that match spent cartridges recovered at the scene of the ambush.