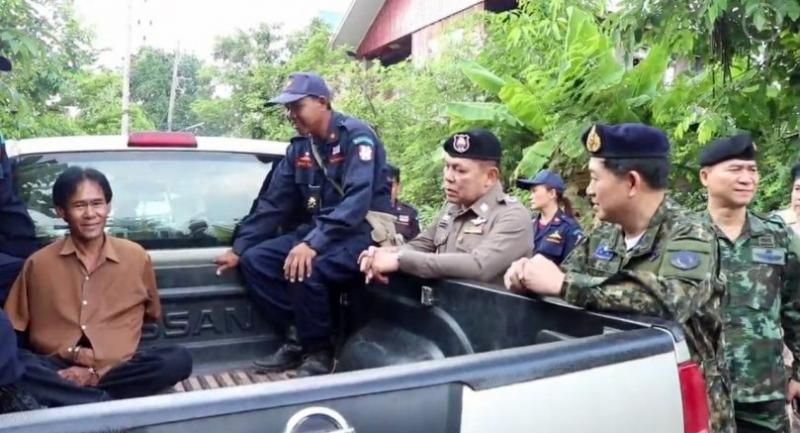 The governor of Kalasin province, Kraisorn Kongchalard, terminated the employment of six state officials and employees while proceeding with serious disciplinary charges against them involving drugs.

Kraisorn instructed all 18 district chiefs and provincial offices to conduct urine tests of and re-check the backgrounds of their state employees, during on Wednesday’s meeting to discuss results so far of the operation code-named “Fa Daed Songyang” [an ancient city’s name located in Kalasin’s Kamalapisai district].

The operation, launched on Tuesday for drug and gun crime suppression, would see more searches and related measures implemented through July.

On Tuesday, some 2,000 police, soldiers and administrative officials raided 77 locations in 18 districts and arrested 63 suspects, including six state officials and employees. Officers also seized as evidence 1,400 meth-amphetamine pills and 12 guns. Police are gathering evidence to apply for arrest warrants for their alleged accomplices at the Kalasin City Hall as of press time. The three officials – Anusornm Theerapat and Polrat – weren’t found with narcotics during the arrest but were implicated in drug crimes, he added.

Kraisorn said that the development was a blow to the Thai civil service circle. He vowed that the province, which is currently implementing the Kalasin Happiness Model to tackle poverty by providing vocational training and income-boosting schemes and well as creating communities’ shield against drug crimes’, would continue the drug prevention and suppression work diligently.