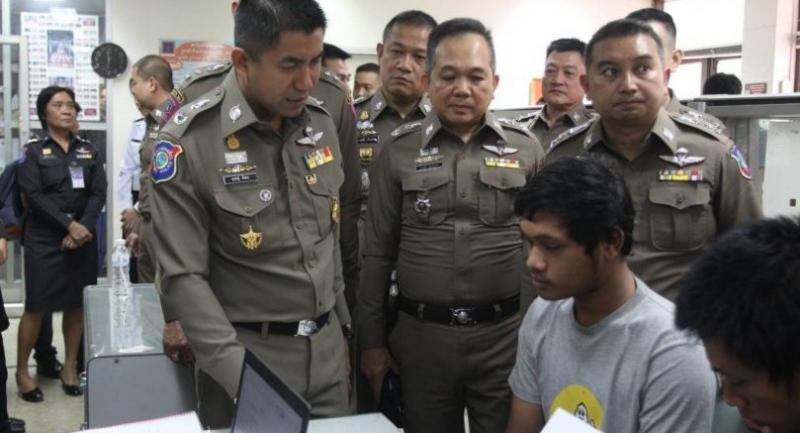 Two Thai men have been arrested for allegedly duping a Chinese woman of over Bt600,000 in a romance scam, deputy tourist police chief Pol Maj-General Surachet Hakpal said on Thursday.

Surachet told a press conference at the Don Muang police station that Sitthikorn Wongyai, 26, and Chatree Werddom, 19, were arrested at a rented house in Chon Buri’s Muang district on Wednesday.

Surachet alleged that Chatree’s mother, Uthaiwan Chinbutr, 39, was the alleged mastermind of the scam. Uthaiwan has fled the kingdom to live in Malaysia with her “coloured” husband, he said.

Tourist police conducted the investigation and obtained a court warrant after a Chinese woman, Wong Mei, 59, sought their help at the Don Mueang International Airport on April 29.

Wong told police that she had met a man on Facebook under the account name of Dinler Steve. After talking with him for a month, she was coerced into transferring him Bt605,600 with a promise that she could meet him in Bangkok. She travelled to Bangkok and was unable to find him.

Police traced and found that the account belonged to Sitthikorn. Sitthikorn said Chatree withdrew the money and deposited it to Uthaiwan’s account. The money was withdrawn at an ATM machine in Malaysia, Surachet said.