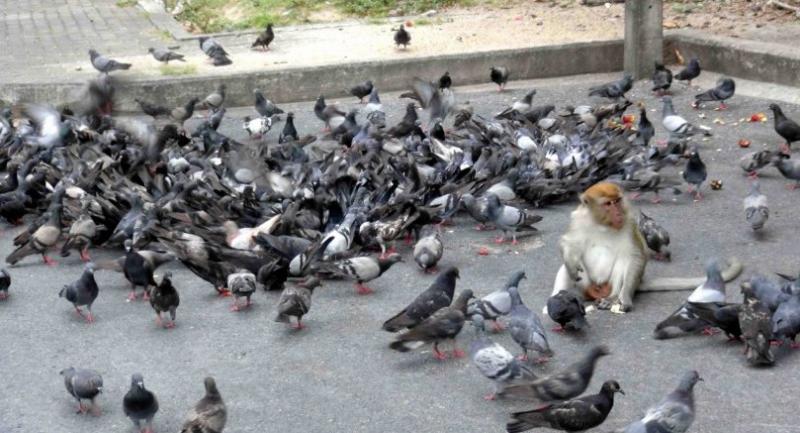 Lop Buri's Muang district office's public relations demonstrated various recipes for cooking pigeons on Wednesday and its announcement to buy a live pigeon at Bt10 (for a minimum batch of 200 birds) in a bid to lower the pigeon population has prompted many residents to set traps to hunt the birds, district chief Plaek Theparak said on Thursday.

The live pigeons caught would be gathered by the Lop Buri Animal Quarantine Station - whose veterinarian Sarawuth Prajang confirmed the agency had originally made the live pigeon buying offer - to pass onto Sara Buri's Thap Kwang Animal Husbandry and Research Centre which studies pigeon behaviour and collects DNA samples for bird flu detection, he said.

Village headman Sakchai Butsri from Tambon Tha Khae, who led his fellow villagers to catch pigeons for cooking, said this project reflected the Muang district's focus on eradicating the birds that had affected farmers and residents. He said properly cooked pigeons can make a meal, while live ones, in a large batch, can be sold to the district.

Village headman Boonrod On-ngern of Tambon Pho Kao Ton also gave the project his backing as the pigeons had disturbed residents and the programme might help reduce the pigeon population.

He said he was not worried about eating pigeon as long as they were cooked properly at a sufficient heat.