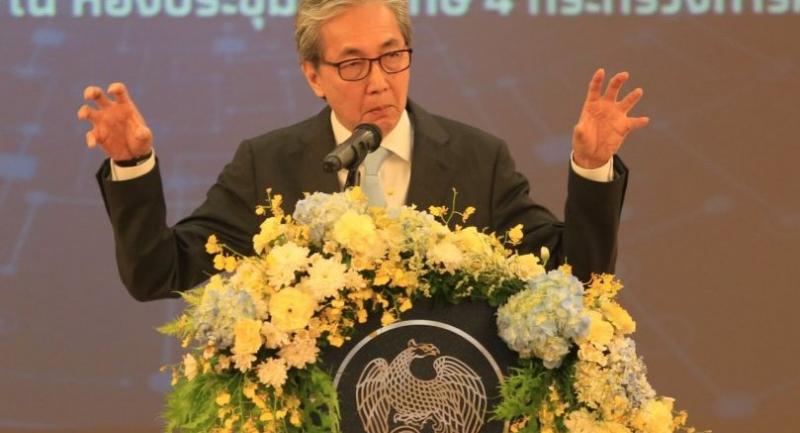 DEPUTY Prime Minister Somkid Jatusripitak yesterday hit back at unnamed politicians for accusing people in power of wooing as many former MPs as possible into a new political party being formed to support the junta chief’s return as prime minister.

“But why do people want to move to a new house? Is it because they are unhappy living in the present house? You need to improve your home so that Thai people can place their hope on it,” he said, likening a political party to a house.

The deputy premier described as “nonsense” the allegation by certain existing parties that their former MPs were being “sucked out” into the pro-Prayut party.

He said wooing as many former MPs as possible in a bid to gain power was a “very old way of thinking”. He added, “They should come up with new ideas and think much more about the future.”

However, Somkid said he did not want to counter politicians. “I know everyone. We are friends. Someday in the future we may have to work together. So, it’s better to spend your time on good things.”

According to media speculation, the party in question is in the making, under the leadership of Somkid’s close aides in the Cabinet – Industry Minister Uttama Savanayana and Commerce Minister Sontirat Sontijirawong.

Somkid yesterday denied planning to set up a new party. “I just said that I support General Prayut to continue his work if he wants to. It depends on the political parties if they will support him or not,” Somkid added.

He called on political parties to work together and “overcome all conflicts for the sake of the country”.

The deputy PM said given the current situation, there was a need for continuity to drive the country forward. “Also, the country’s peace is necessary. The government has done a good job. It’s okay if anyone else can do it better. That depends on voters.”