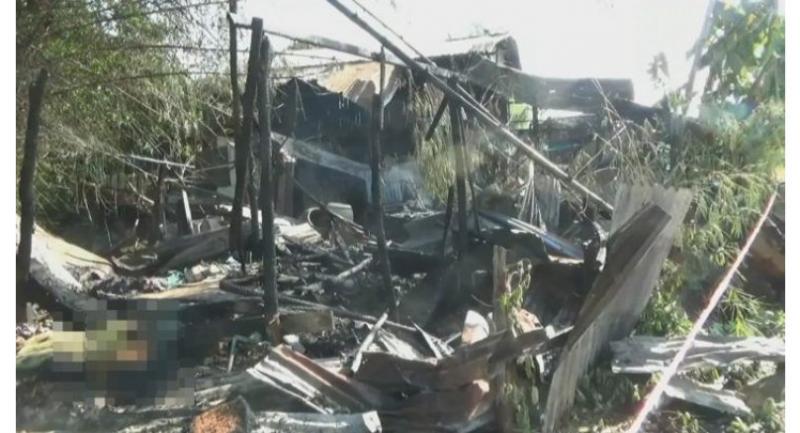 A disabled man left alone at home was killed in a fire in Phitsanulok's Sawankhalok district on Sunday evening.

The helpless man was killed when his bungalow in Tambon Nai Muang was engulfed by flames at 6.30pm.

He was identified as Sompong Ruangmontree, 55.

Three fire engines took about half an hour to put out the blaze.

Sompong's brother-in-law, Niam Rodsiri, 62, told police that he and four other housemates went out to tend to their cattle in a field and left Sompong alone at home.

He said they rushed home after hearing about the fire but were too late to save Sompong.