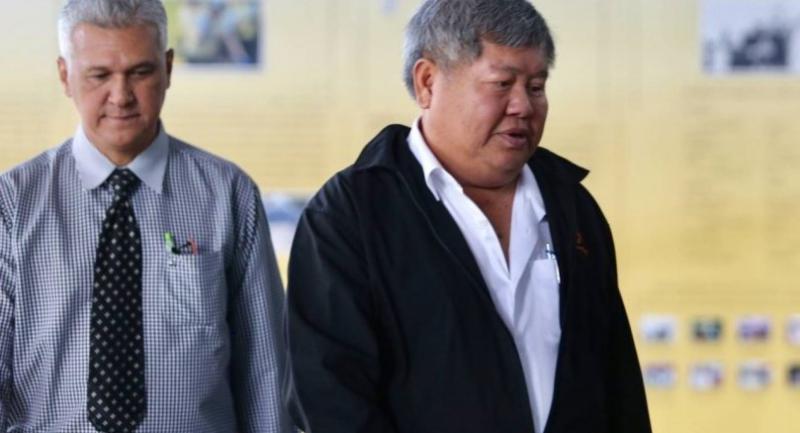 Premchai Karnasuta, the embattled CEO of the Italian-Thai Development company, accompanied by his wife Kanitha and her close aid Wandee Sompoom, reported to a judge at Bangkok's Ratchadapisek Criminal Court on Monday morning over a charge of illegal possession of African ivory tusks, considered as endangered wildlife carcasses.

All three had been bailed at Bt300,000 each and during the police investigation all had denied any wrongdoing.

The court used the hearing to assess their evidence and then arranged for an evidence/witness review session to be held on June 25 at 1.30pm.

The seizure of the ivory tusks in question from Premchai’s house in Bangkok - along with 43 guns - was the result of an investigation after Premchai was arrested in early February on nine counts of poaching in a Kanchanaburi wildlife sanctuary.

Kanitha was identified as the person who had registered the ivory – it was later deemed to be the tusks of African elephants - with the Department of National Parks, Wildlife and Plant Conservation.

Wandee is accused of countersigning the permit application as a witness to falsely verify that the tusks were from local elephants.