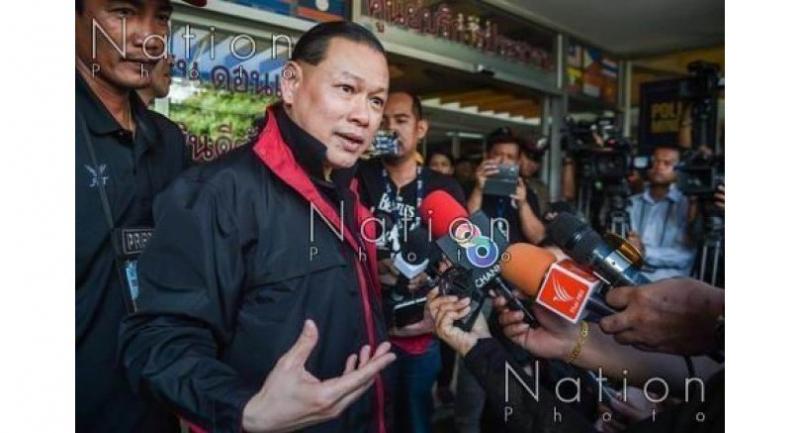 As part of an ongoing crackdown on unlicensed cosmetics, police on Monday searched an office at Don Muang Pattana Co Ltd used by Pol Lt-Colonel Santhana Prayoonrat. Santhana, a former deputy superintendent at the Special Branch Police Division, is serving as an adviser to the company.

Santhana last week tried to prevent police from conducting an in-depth search of shops at New Don Muang Market, which had become the focus of a probe after police received reports that unlicensed cosmetics and food supplements were being sold there. Police said they would file charges against Santhana for allegedly insulting an officer and allegedly attempting to obstruct the raid.

A fifth search of the market on Sunday by hundreds of police and officials led to the seizure of more than 300,000 items of allegedly substandard products. Police announced they will lay five charges against the market operator, including charges related to encroaching on the Prem Prachakorn Canal and modifying buildings without permission.

Tourist Police Bureau deputy head Maj-General Surachet Hakpan, led officers on the Monday morning office raid backed by a court-issued arrest warrant. Surachet said police and related officials were looking for more evidence about the company, adding that a number of police officers would be dispatched to provide security at the market until the end of May.

Surachet said the national police chief had assigned a team to investigate money transactions at the market and issue a summons to anyone suspected of illegal activities. He said that police would ensure that those who were following the law would receive justice.

Police will take another 2-3 days to check on a claim that vendors were being extorted for protection money.