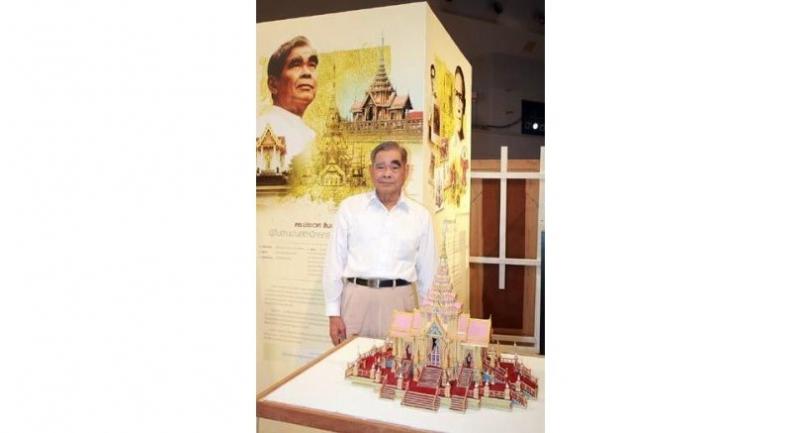 Born in Nakhon Si Thammarat in 1930, Praves worked at the Culture Ministry’s Fine Arts Department for over three decades.

During his long career in architecture, he designed a number of remarkable temples and other buildings both in Thailand and abroad.

Among his landmark creations is Wat Buddhapadipa in the London district of Wimbledon, which was one of the first Thai Buddhist temples in Europe.

In 1986, Praves received an honorary degree in fine art from Clayton State University in Georgia, in the US.

The Culture Ministry named him a National Artist in architecture in 1989.

Funeral rites for Praves will take place at Wat Makutkasat through May 13, at 7pm each day.

After 100 days, his family – supported by the Culture Ministry – will host the cremation.