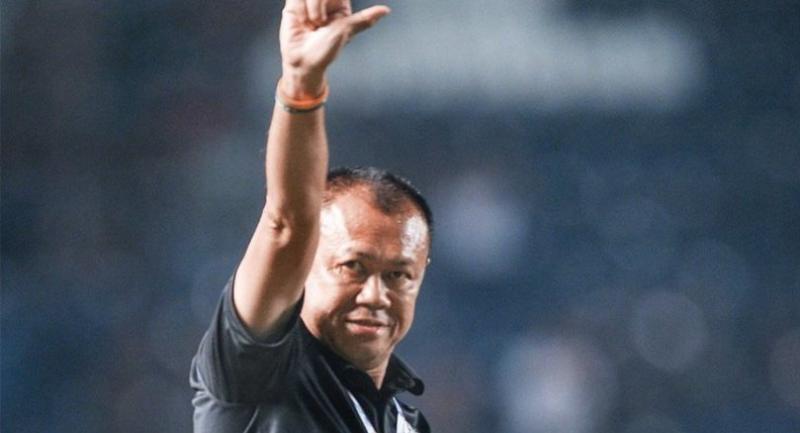 ONCE AGAIN, Newin Chidchob has demonstrated that in politics there are neither permanent friends nor permanent foes – only permanent interests.

A former wheeler-dealer who once pounded the pavements around Government House, Newin, or “Uncle Ne” as he prefers to be known, spends much of his time clad in a Buriram United Football Club jersey and shorts, riding his favourite big bike through the streets of his native Buri Ram.

After disappearing from the political scene for six years, the 59-year-old veteran politician and still de facto leader of the Bhum Jai Thai Party returned to the spotlight on Monday as he led about 30,000 locals in welcoming Prime Minister Prayut Chan-o-cha at his club’s Thunder Castle Stadium.

It was the first time Prayut, as PM, had set foot in Buri Ram, Newin’s stronghold. The PM spent the night in the province before holding a mobile Cabinet meeting yesterday, with an almost Bt21-billion development budget set to pour into Buri Ram and other lower northeastern provinces.

Critics claim Monday’s welcome ceremony was one of the biggest political events held under this junta, and a further attempt to woo old-guard politicians to support a pro-military party to prolong its power after the next election. That bid would certainly be strengthened by forging an alliance with Newin and Bhum Jai Thai, the third largest party at the last election with 34 seats.

Having started his political career 30 years ago, Newin burst into the national limelight in the mid-1990s with the “Group of 16” – 16 young MPs of Chart Thai and the Chart Pattana Party who bandied together to boost their political bargaining power.

The group eventually scattered to different parties after corruption accusations in a land deal, before rejoining a new party under Bhum Jai Thai in 2008.

Named by his father after the notorious Burmese General Ne Win, the Buri Ram “kingmaker” played a major role in the collapse of the Democrat-led government, and brought his faction to support Thaksin Shinawatra under the Thai Rak Thai Party, before switching his support back to Democrat Party leader Abhisit Vejjajiva and his bid to become prime minister.

He also served as a minister in three administrations, under Banharn Silpa-archa, Chuan Leekpai, and Thaksin.

In 2007, Newin was banned from politics for five years following the dissolution of the former Thai Rak Thai Party by a Constitutional Court ruling. He decided to leave the political arena to devote time to his hometown Buri Ram, 410 kilometres northeast of Bangkok.

The former politician is credited with transforming a Northeast backwater into a centre for sport and tourism in just six years.

And he’s proud of his accomplishments for his home province.

“The 20 years I spent in politics count for nothing compared to the past six years. I can do so much more than as a politician,” Newin told The Nation in an interview two years ago.

As the president of Buriram United, Newin created a number of eye-catching landmarks in the provincial seat, including the Fifa-standard Thunder Castle Stadium with a capacity of 32,000 seats; the 50,000-seat Chang International Circuit for motorsports, the first in Thailand to meet top-tier racing standards; and the Amari Buriram United, Thailand’s first soccer-themed hotel. The Bt370-million Buriram Castle mall is his latest major project.

Newin boasted that his business empire has helped quadruple the number of tourists in Buri Ram, from 600,000 to 2.5 million a year.

“These landmark destinations have created jobs and income for people in this city. The venues have increased the value of assets in the surrounding area by no less than 200 per cent,” Newin said in the interview.

He is also a man who has never stopped thinking big.

“My ultimate goal is to build the city into a hub of football, motor sport and finally a centre for health and wellness,” he said.

Two year ago, he said without hesitation that he never missed or wanted to discuss politics.

“When I watch the political news I always pour ceremonial water and wish the karma of those who remain in politics to be over,” he said, using the Thai religious ceremony of pouring water to dedicate merit to the departed, as a metaphor.

“If you want to talk about politics, go and talk with Gen Prayut. Don’t talk to me,” he said loudly and clearly when asked if he thought an election would be held next year [2017] as laid out in the junta’s road map and whether Thaksin’s camp could win the election.

But, for now, the political big gun turned football-club owner is facing an even bigger decision: whether to become “kingmaker” again to support Prayut.