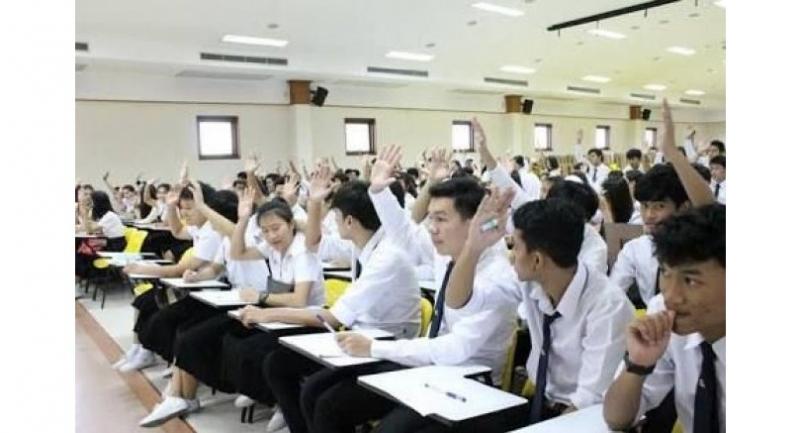 THAILAND HAS MORE reasons to worry than to rejoice over the Times Higher Education’s just-released rankings for higher-education institutes in emerging economies.

On the bright side, the number of Thai universities on the prestigious list has risen to 10 this year – up from nine a year earlier. But on a negative note, most of the Thai representatives have dropped down the list.

Released yesterday, the Times Higher Education Emerging Economies University Rankings 2018 showed that King Mongkut’s University of Technology North Bangkok (KMUTNB) has joined the list for the first time – but only because the list has expanded the number of available spots from 300 last year.

KMUTNB is ranked in the 301-350 band. The other nine Thai universities are old faces in the rankings, which were previously known as the Times Higher Education BRICS & Emerging Economies University Rankings.

The best performer from Thailand is Mahidol University, at 76th spot, the same as last year. The Suranaree University of Technology is an interesting representative from Thailand, because it is the only one with an improved rating. Its current ranking is 177, up from 192 the previous year. King Mongkut’s Institute of Technology Ladkrabang has fallen from 145 to 181 this year.

Chiang Mai University has also slipped significantly – from 165 last year to 195 now. Khon Kaen University, meanwhile, has dropped from 200 to the 201-250 band.

Kasetsart University maintains its ranking, staying in the 251–300-band like last year. But Prince of Songkla University has plunged from the 201-250 band to the 251-300 band.

But Thailand is not the only nation seeing a decline.

“We see pockets of progress and a scattering of exceptional performers, but the broad picture across the Asean, Eastern European and Latin American regions is one of decline this year,” Phil Baty said in his capacity as the editorial director of the Times Higher Education Global Rankings.

Malaysia and Indonesia, just like Thailand, have an increased presence in the list but the majority of their institutions have declined since last year.

Only four Asean nations have made it to the prestigious list. The Philippines has had one position in the ranking since last year. This year, the list covered more than 350 universities from 42 countries, across four continents.

Topping the list is Peking University of China, followed by Tsinghua University, also from China.