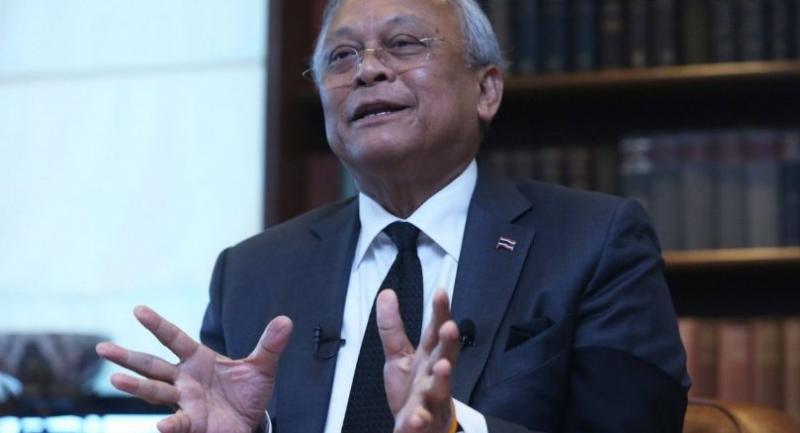 THE ANTI-GRAFT agency’s investigation into alleged irregularities linked to former deputy prime minister Suthep Thaugsuban in the construction of police stations all over the country is 90 per cent complete, a senior official said yesterday.

The project was approved while Suthep, then secretary-general of the Democrat Party, was serving as deputy prime minister in the Democrat-led government.

The NACC also has completed about 80 to 90 per cent of its investigation into a separate corruption case against former Samut Prakan mayor Chonsawat Asavahame and others, involving Bt800 million in state subsidies to temples in the province, Warawit said yesterday.

In yet another case involving politicians, the NACC is investigating accusations against Karuna Chidchob, president of the Buri Ram Administrative Organisation. Karuna was accused of irregularities over Bt20 million in state subsidies to sports associations in the northeastern province, according to Warawit.

Karuna is the wife of Newin Chidchob, president of the Buriram United Football Club who has retained much influence in the Bhum Jai Thai Party. Newin on Monday led an event at the football team’s 32,000-seat home stadium in welcoming Prime Minister Prayut Chan-o-cha.

Warawit said that in April, after receiving an NACC investigative subcommittee’s report regarding the case against Karuna, the agency’s board instructed that further evidence be gathered. “Just a little more time is needed to complete the task,” he added.

The senior official also defended the NACC action against Watana Muangsook a prominent figure of the Pheu Thai Party’, in connection with the Ua Athon housing project.

“We do not practise bias or preferential treatment,” he said.

On Wednesday, public prosecutors sued Watana through the Supreme Court’s Criminal Division for Political Office Holders, for alleged malfeasance and bribery in connection with a residential project for low-income earners. The project was built by the National Housing Authority (NHA) at the time when Watana served as minister of social development and human security overseeing the NHA.