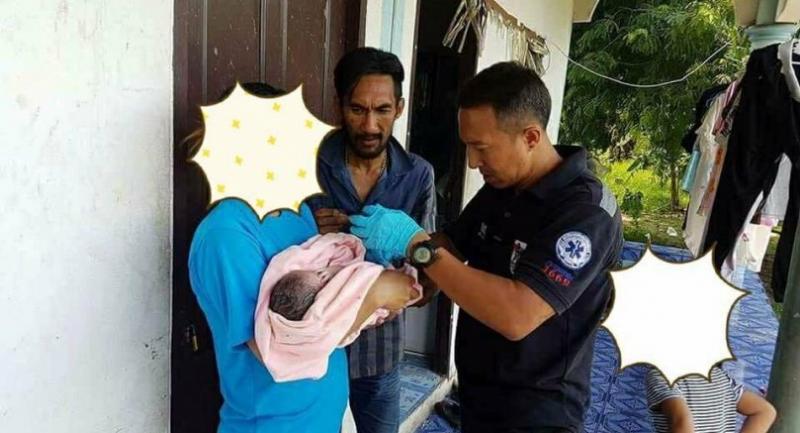 The case of a baby girl abandoned at a garbage pile took a new twist on Thursday night when the woman who claimed to have found the baby admitted she is actually the mother.

Police declined to charge the 31-year-old mother, whose name was withheld, after she agreed to take back the baby for care from Pathum Thani Hospital.

The woman had claimed that she found the baby abandoned at a garbage pile behind the Thai Mitsuwa in Pathum Thani’s Muang district at 12.45pm on Wednesday. She alerted the emergency unit of the hospital to take away the infant girl.

At 9pm on Thursday, the woman and her new boyfriend came to the Muang Pathum Thani police station to confess that the baby is actually hers.

She said she made up the story for fear that she would not be able to raise enough money to take care of the infant. She promised to take care of her daughter as best as she could.